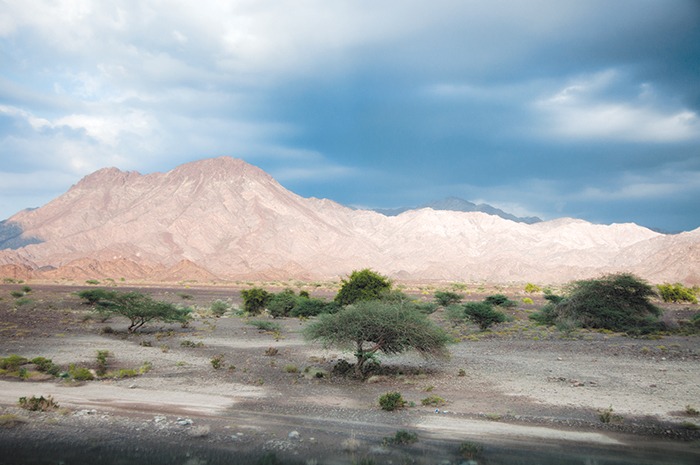 The White Mountains in Oman is a must visit for hikers and off-road enthusiasts. Forming the core of the Eastern Hajar Mountains, the White Mountains are also vital to the surrounding communities: the towns of Quriyat, Sur, Wadi Bani Khalid, Al Qabil, and Tahin are a few of the settlements located in their vicinity.
The slopes of this mountain range are often visited by shepherds and goatherds, who graze their flocks on the sloping terrain, and it is also part of the network of falaj systems that feed water to the surrounding agricultural lands.

The terrain has a plateau with extensive elevated space, cross-cut by the canyons and has rugged and steep slopes.  It is called White Mountains because they are composed largely of limestone.
The key difference between the White Mountains in the Eastern Hajar Mountain range and the Jebel Akhdar or Jebel Shams range in the Western section is their geological age, according to experts.