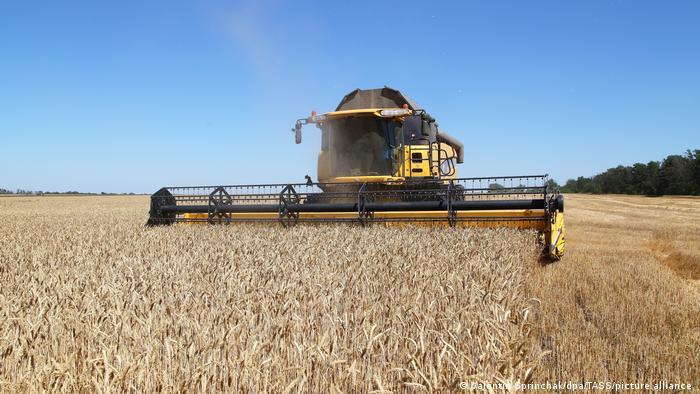 In 2021, Russia and Ukraine ranked amongst the top global exporters of wheat,

New York : The chief economist of the Food and Agriculture Organization (FAO), Maximo Torero, on Wednesday warned of the possible heavy toll of the Ukraine conflict on world food security.

To assess the potential impact on international food prices caused by a conflict-induced reduction in cereal and vegetable oil exports from Ukraine and Russia, simulations have been carried out, he said. On the basis of their already elevated baseline values, the wheat price would increase by 8.7 per cent in a moderate-shock scenario and by 21.5 per cent in a severe-shock scenario, he told reporters at UN Headquarters in New York.

Globally, in terms of impacts on food security, in the moderate scenario, the number of undernourished people would increase by 7.6 million people, while this level would rise to 13.1 million people in the severe-shock setting, said Torero.

Moreover, additional upward pressure on fertilizer prices has stemmed from disruptions and high transportation costs following the imposition of export restrictions and due to sharp increases in bulk and container freight rates caused by the COVID-19 pandemic, he said.

International food prices had already reached an all-time high even before the conflict in Ukraine. The FAO Food Price Index averaged 140.7 points in February, up 3.9 per cent from January, and 20.7 per cent above its level a year earlier.

In 2021, Russia and Ukraine ranked amongst the top global exporters of wheat, maize, rapeseed, sunflower seeds, and sunflower oil. For its part, Russia also stood as the world's top exporter of nitrogen fertilizers and the second-largest supplier of both potassic and phosphorous fertilizers, he said.

Wheat is a staple food for over 35 per cent of the world's population. The crisis represents a challenge to food security for many countries, especially for low-income, food import-dependent countries and vulnerable populations, said Torero.