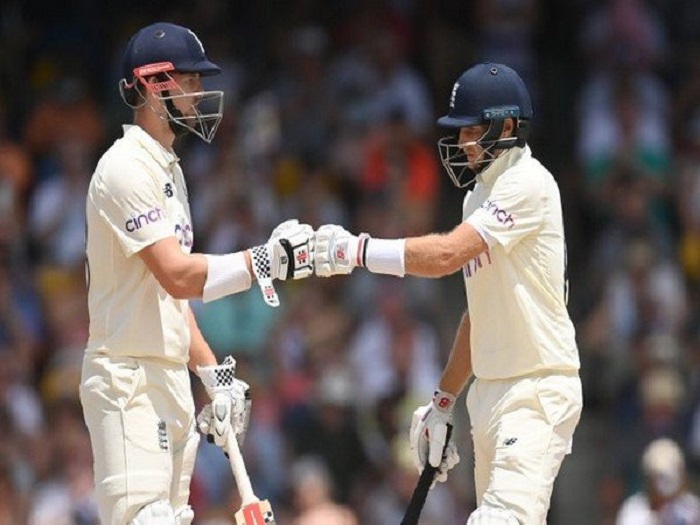 Lawrence came to the crease and built a huge partnership with Root.

Bridgetown : Unbeaten ton by England skipper Joe Root and a powerful knock by Daniel Lawrence gave visitors a stronghold against West Indies on Day 1 of the ongoing second Test here at the Kensington Oval, Bridgetown.

At Stumps, England's score read 244/3 with Joe Root currently standing unbeaten at the crease at the score of 119. Opting to bat first, the Three Lions got off to a horrendous start as they lost Zak Crawley in the fourth over of the match by Jayden Seales, with the team's total at 4/1. Opener Alex Heels was then joined by Root and played a brief stint.

Heels was removed by Veerasammy Permaul after scoring 30 runs. Later, Lawrence came to the crease and built a huge partnership with Root. The duo anchored the innings and kept on thrashing the West Indies bowlers on every side of the ground and got the 200-run mark.

The hosts finally got a sigh of relief when Jason Holder dismissed Lawrence after scoring 91 runs, with the team's total at 244/3.