Can training help people to be creative? 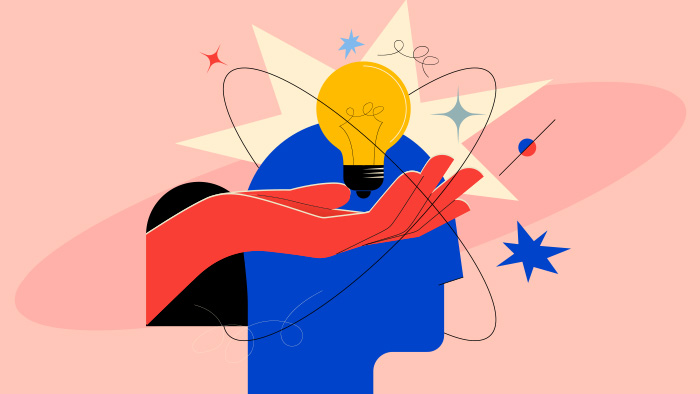 According to the findings of a new study, anyone can be trained to be creative. The results of the study were published in the journal 'Annals of the New York Academy of Sciences'.Researchers developed a method for training people to be creative, one that shows promise of succeeding far better than current ways of sparking innovation.

This new method, based on narrative theory, helps people be creative in the way children and artists are: By making up stories that imagine alternative worlds, shift perspective and generate unexpected actions.

The narrative method works by recognizing that we're all creative, said Angus Fletcher, who developed the method and is a professor of English and a member of The Ohio State University's Project Narrative.

"We as a society radically undervalue the creativity of kids and many others because we are obsessed with the idea that some people are more creative than others," Fletcher said. "But the reality is that we're just not training creativity in the right way," Fletcher added.

Fletcher and Mike Benveniste, also of Project Narrative, discussed the narrative method of training creativity in a just-published article in the Annals of the New York Academy of Sciences.

The two researchers successfully used the narrative approach to train members of the U.S. Army's Command and General Staff College. Fletcher wrote a publicly available training guide based on his methods that was tailored to officers and advanced enlisted personnel.

They have also worked with the University of Chicago Booth School of Business, the Ohio State College of Engineering and several Fortune 50 companies to teach creativity to their staffs and students.

The current foundation of creativity training is the technique known as divergent thinking, which has been in use since the 1950s. It is a "computational approach" to creativity that treats the brain as a logic machine, Fletcher said.

It works through exercises designed to, among other things, expand working memory, foster analogical thinking and promote problem-solving.

But divergent thinking hasn't delivered the results that many hoped for, Fletcher said.  A major issue is that its computational approach relies on data and information about the problems and successes of the past.

"What it can't do is help prepare people for new challenges that we know little about today. It can't come up with truly original actions," Fletcher said. "But the human brain's narrative machinery can."

The narrative method of training for creativity uses many of the techniques that writers use to create stories. One is to develop new worlds in your mind. For example, employees at a company might be asked to think about their most unusual customer - then imagine a world in which all their customers were like that.  How would that change their business?  What would they have to do to survive?

Another technique is perspective-shifting. An executive at a company might be asked to answer a problem by thinking like another member of their team.

The point of using these techniques and others like them is not that the scenarios you dream up will actually happen, Fletcher said.

"Creativity isn't about guessing the future correctly. It's about making yourself open to imagining radically different possibilities," he said. "When you do that, you can respond more quickly and nimbly to the changes that do occur."

But the ability of children to perform creative tasks drops after four or five years of schooling, according to studies.  That's when children begin intensive logical, semantic and memory training.

The narrative approach to creativity can help people unlock the creativity they may have stopped using as they progressed through school, Fletcher said.

One advantage for organizations that train employees to be creative is that they no longer need to strive to hire "creative people," he said.

"Trying to hire creative people causes problems because the people that leaders identify as creative are almost always people just like themselves. So it promotes conformity instead of originality," Fletcher said.

"It's better to hire a diverse group of people and then train them to be creative. That creates a culture that recognizes that there are already creative people in your organization that you aren't taking advantage of," he added.
While this narrative method of creativity training has already been received positively, Fletcher and his colleagues have started a more formal evaluation. They are conducting randomized controlled trials of the creativity curriculum on more than 600 U.S. Army majors who are part of the Command and General Staff College.

They are also continuing to work with new organizations, such as the Worthington Local School District in Ohio.
"Teaching creativity is one of the most useful things you can do in the world, because it is just coming up with new solutions to solve problems," he said.