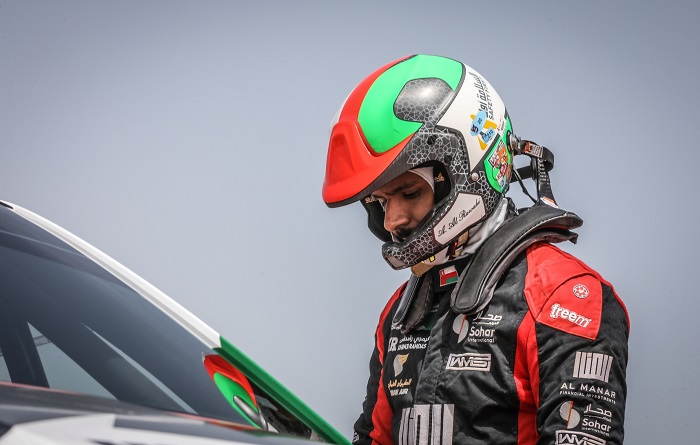 The third round of the regional series gets underway at Kuwait Motor Townon Thursday evening, before 14 teams and competitors from eight nations tackle 10 gravel special stages in the southern Kuwaiti deserts on Friday and Saturday.

Al-Rawahi arriveD in the State of Kuwait lying in a strong second position in the Drivers’ Championship, 24 points behind Qatari legend Nasser Saleh Al-Attiyah and 15 points clear of Jordan’s Ihab Al-Shorafa.

The Omani’s Jordanian co-driver Ata Al-Hmoud holds a 15-point advantage over a three-way tie for second place in the Co-Drivers’ Championship, with Mathieu Baumel, Alba Sanchéz Gonzaléz and Yousef Juma all on 39 points after two rounds of the series in Oman and Qatar.

Al-Rawahi and Al-Hmoud were able to test their new Škoda Fabia R2 evo on Tuesday morning, iron out any issues and make some minor set-up changes before they carried out a full reconnaissance of the special stages (today) Wednesday.

“The team has been working really hard to get the car ready and we tested on Tuesday,” said Al-Rawahi. “We changed a few things to make it suitable for these conditions. Kuwait Rally is really fast, quite similar to Qatar but less rough. We are expecting the same strategy as Qatar. Hopefully we can achieve a good result here as well. It has been a while since we have been here in Kuwait. I think we are ready. Hopefully we can do a great job.”

The talented young Omani has made a strong start to his challenge for regional honours this season. Despite first day technical issues in Oman – an event he won for the first time in late 2021 – Al-Rawahi recovered to finish sixth overall and score points as the fourth registered driver behind Al-Attiyah, Nasser Khalifa Al-Atya and Ihab Al-Shorafa.

But it was at last month’s Qatar International Rally where Al-Rawahi excelled against fierce competition from two of the fastest drivers in the world. He avoided becoming embroiled in the frantic battle for honours being waged between Al-Attiyah, Kris Meeke and Mads Østberg and was able to stay clear of major issues to finish in a sensational second overall. That result gave the Omani 30 valuable championship points to put him in an excellent position to challenge for honours this weekend.

Al-Rawahi and Al-Hmoud finished seventh overall and fifth in MERC2 the last time they attended the Kuwait event in 2018.

The Kuwait International Rally has attracted six drivers of RC2 machines and a further eight entered in the MERC2 category. In addition to title rival Al-Attiyah, Al-Rawahi faces competition from local driver Meshari Al-Thefiri, Al-Atya and the talented Qatari duo of Abdulaziz Al-Kuwari and Khaled Al-Suwaidi in the RC2 section.