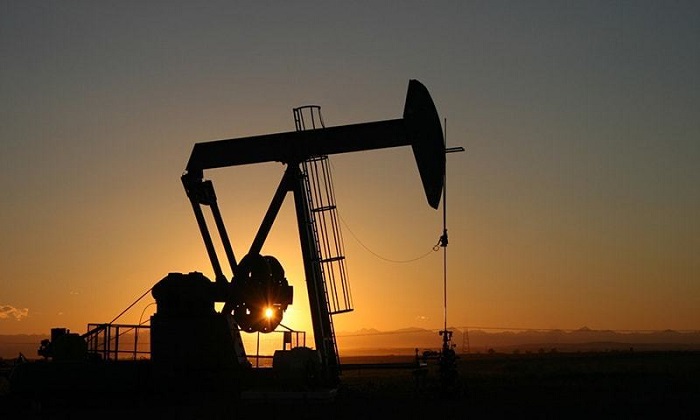 New York: Oil prices tumbled more than 6 per cent, adding to Monday's drop of more than 5 per cent, as both the New York- and London-traded benchmarks settled below the key USD 100 per barrel mark for the first time since the start of Russia's "special military operation" in Ukraine.

Crude prices were also pressured by a ramp-up in new coronavirus cases in major consumer China and over concerns about near-term demand expressed by oil exporter group OPEC. At Tuesday's settlement, US crude oil's West Texas Intermediate, or WTI, the benchmark was down USD 6.57, or 6.4 per cent, at USD 96.44 a barrel. It earlier fell to USD 93.56, its lowest since February 25 - the day after the Russian operation in Ukraine began. WTI surged to 2008 highs of USD 130.50 on March 7.

Diplomatic activity quickened on multiple fronts on Tuesday as the conflict in Ukraine entered its 20th day, media reports said, adding that the leaders from Poland, the Czech Republic and Slovenia were travelling to Kyiv on Tuesday.

China, meanwhile, reported an increase in daily COVID-19 infections on Tuesday, with new cases more than doubling from a day earlier to hit a two-year high, raising concerns about the rising economic costs of its tough measures to contain the disease, media reports said.

On the OPEC front, the 13-member Organization of Petroleum Exporting Countries, which leads the wider 23-member OPEC+ alliance, said its 2022 forecasts for demand growth, supply growth and global economy were "under assessment" due to shifting market conditions. The 13-member cartel said its output rose by 440,000 barrels daily in February, exceeding its pledged increase under the OPEC+ deal.

Adding to oil's weight was the likelihood of reaching an imminent nuclear deal for Iran.

A US official said on Monday that negotiators were "close to the finish line" on a deal that could end nearly four years of sanctions on Iran's oil and pave the way for the return of hundreds of thousands of barrels daily to a market starved of supply.