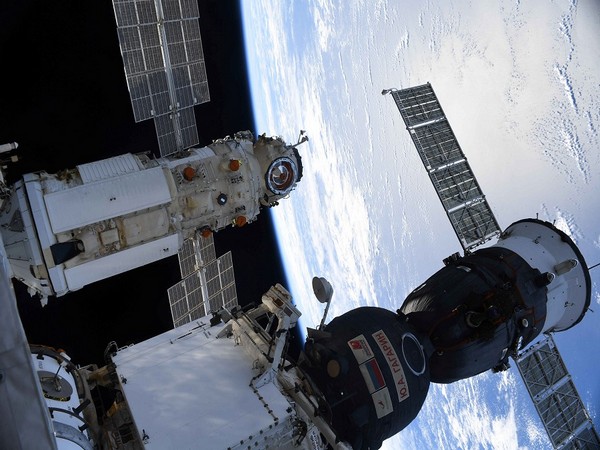 Washington: While Russian forces invade Ukraine and the West responds with unprecedented sanctions, US space agency NASA said they are continuing to work with their Russian counterparts.

"NASA continues working with all our international partners, including the State Space Corporation Roscosmos, for the ongoing safe operations of the International Space Station," a NASA spokesperson Dan Huot told ANI.

"The new export control measures will continue to allow US-Russia civil space cooperation. No changes are planned to the agency's support for ongoing in orbit and ground station operations." Hout added.

This comes after Dmitry Rogozin, the head of Russia's space agency Roscosmos and a longtime ally of Putin, took to social media and warned that US sanctions could have "dire" consequences for the International Space Station program.

There were some fears after Russia invaded Ukraine that the Russian Space Agency would ditch Vande Hei, an American astronaut who is scheduled to return to Earth in a Russian capsule from the International Space Station on March 30.

Despite the concerns, NASA said Vande Hei will be on the Soyuz rocket later this month. NASA has said that Vande Hei's plans to touch down in Kazakhstan have not changed. The Russia-Ukraine crisis three weeks ago has caused space programs to cancel launches and to break contracts.

Concerns over Russia's willingness to help return Vande Hei to Earth came up after President Biden announced a series of economic sanctions on Moscow in response to its invasion of Ukraine. The sanctions would "degrade their aerospace industry, including their space program," Biden said during a White House news conference.

For the past 24 years, the US and Russia have worked together to construct and maintain the ISS where research has led to some of the most important discoveries of the 21st century.

The ISS has been permanently occupied for more than 20 years with its main operators being the United States and Russia. American astronauts routinely return back to Earth on the Russian Soyuz capsules.

NASA and space agencies in Europe, Japan, and Canada want to keep the ISS running until 2030, but the Russians have not committed beyond 2024.