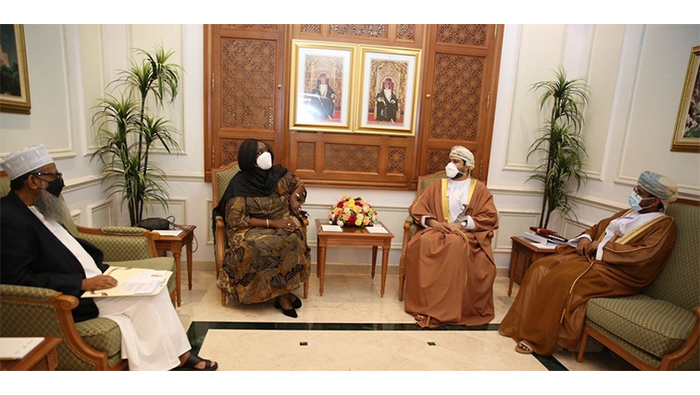 Muscat: Qais Mohammed Al Yousef, Minister of Commerce, Industry and Investment Promotion received in his office on Monday Raychelle Omamo, Secretary for Foreign Affairs in the Republic of Kenya.

The two sides discussed aspects of cooperation between the two countries and sectors of economic diversification in Oman vision 2040, as well as the economic stimulus plan.

The meeting also reviewed the investment and trade environment in both countries and touched on means of augmenting trade exchange between the two countries.

Furthermore, the meeting discussed aspects of cooperation in the blue economy, green hydrogen, industry, logistics and ports sectors, in addition to investment opportunities in both countries.

It was attended by Dr. Saleh Said Masan, Undersecretary of the Ministry of Commerce, Industry and Investment Promotion for Commerce and Industry, Mohamed Dori Mohamed Yakub, Ambassador of Kenya to the Sultanate of Oman and a number of officials from both sides.