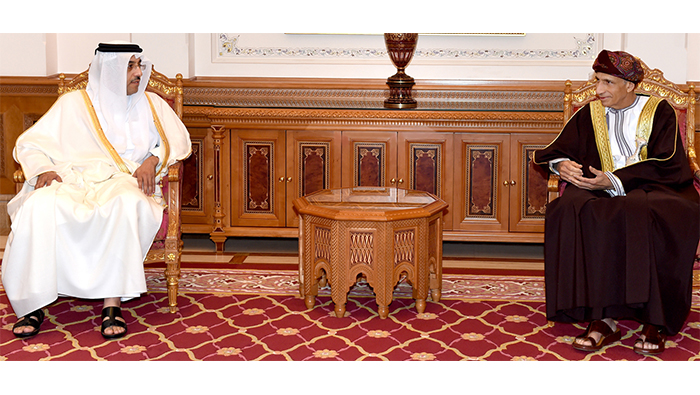 The meeting reviewed the distinguished relations between the two countries and means of enhancing cooperation in the areas of manpower, human resources development, training and the exchange of expertise in the technical and technological fields.

The two sides also discussed the activation of agreements and memoranda of understanding signed between the two countries, in addition to ways of maximizing the economic benefit from World Cup 2022. They also reviewed a number of regional and international issues.

The Qatari Labour Minister expressed his pride, and that of his accompanying delegation, over this visit and its fruitful outputs in terms of consultations and exchange of visions on a set of topics. He underlined the importance of the talks he conducted with the Minister of Labour and other Omani officials. He further affirmed that these meetings provided an opportunity to tap the Omani experience in localizing jobs and in occupational safety.

The meeting was attended by Dr. Mahad Said Ba'Owain, Minister of Labour and Sheikh Jassim Abdulrahman Al Thani, Ambassador of Qatar to the Sultanate of Oman.