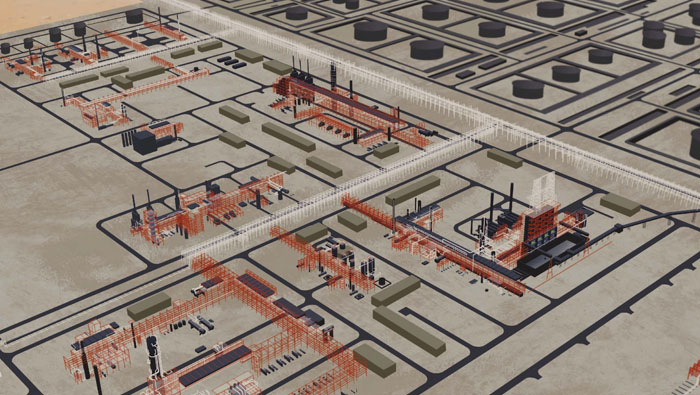 Muscat: Duqm Refinery has awarded three main Engineering, Procurement and Construction (EPC) contracts to multinational companies for building the company's proposed 230,000 barrels per day-capacity refinery in the Al Wusta region.
The first EPC contract for building the refinery’s main processing plants was awarded to a joint venture of Tecnicas Reunidas SA and Daewoo Engineering & Construction Co. Ltd.
The second EPC package for building utilities and offset facilities for supporting the operation was awarded to a joint venture of Petrofac International Limited and Samsung Engineering Co. Ltd., Duqm Refinery said in a press statement. A Reuters report said the value of the contract awarded to the Petrofac consortium is estimated at $2 billion and it will take 47 months for the consortium to complete the work.
Also, the third EPC package for building a product export terminal at the Duqm port, dedicated crude storage tanks in Ras Markaz and an 80 kilometre-long pipeline connecting crude tanks with the refinery was awarded to Saipem SpA.
The first EPC contract is crucial since it is where the technology behind the refinery will be deployed.
The refinery project, which is expected to start commercial operations in 2021, is coming up in the Duqm Special Economic Zone of the Al Wusta region. Duqm Refinery, a 50:50 joint venture between the Sultanate’s investment arm Oman Oil Company and Kuwait Petroleum International Ltd., is seeking a $5 billion syndicated term loan from the overseas markets to fund its $7 billion refinery project, the company had said earlier. Both companies have signed a joint venture agreement for establishing the refinery in April.
Also, Duqm Refinery said Amec Foster Wheeler (AFW) will be appointed as the Project Management Consultant for the EPC phase of the Duqm Refinery. AFW will provide management personnel, who together with the staff at Duqm Refinery will form an Integrated Project Management Team for the project.
Tenders inviting bids for the first two contracts (the main processing plants and for building utilities) were floated in November 2015, while the third package was floated in December 2016. The technical and commercial submissions from all bidders were subjected to a detailed, stringent and structured evaluation procedure.
In parallel to the tender process, Duqm Refinery has completed preparations at the refinery site in order to allow the EPC contractors to optimise the construction schedule. This scope of work includes the excavation and compaction of over 12 million cubic meters of soil required to level the site for the construction of the refinery. A workforce of over 1,300 individuals was engaged with 850 pieces of equipment deployed for the completion. The project has achieved 3 million safe man hours.
As much as 65 per cent of the crude feedstock for the refinery will be from Kuwait, while the remaining 35 per cent will be supplied by the Sultanate.
Once operational, the refinery will produce a number of key refined products: diesel, jet fuel, naphtha and liquefied petroleum gas.
The refinery will ultimately transform the Duqm area into one of the most important hubs for energy-related industries, regionally as well as internationally.