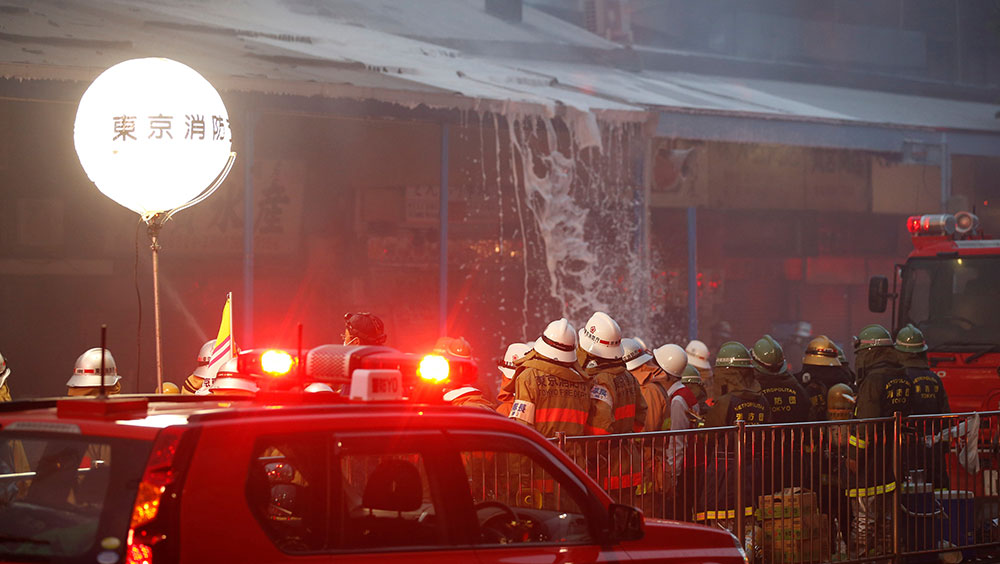 Tokyo: Dozens of firefighters battled a major blaze on Thursday at Tokyo's Tsukiji fishmarket, the world's largest and one of the capital's most popular tourist sites, media said.
There were no immediate reports of injuries or people trapped, the reports said.
The fire broke out just before 5:00 p.m. local time (0800 GMT) and some 30 fire trucks were on the scene. Clouds of grayish smoke billowed into the air, but efforts to extinguish the flames were hampered by the area's narrow streets and tight-knit buildings.
The fire was in Tsukiji's "outer" market — an area packed with informal restaurants where tourists can tuck into fresh seafood plates and sushi.
Media reports said it spread to four buildings covering some 200 square metres of area.
The Tsukiji "inner" market, where most seafood wholesalers are located and tuna auctions are carried out at dawn, was not affected.
In June, Tokyo's governor announced a long-delayed plan to move Tsukiji from its current site on some of the city's most prime real estate to a man-made island with contaminated soil.
Tsukiji draws tens of thousands of visitors a year to its warren of stalls laden with exotic species of fish, huge tuna and fresh sushi, part of a tourism boom that is a key part of Prime Minister Shinzo Abe's economic plan.
But Tokyo governor Yuriko Koike said the 80-year-old market's age and vulnerability to a big earthquake meant it had to be rebuilt.