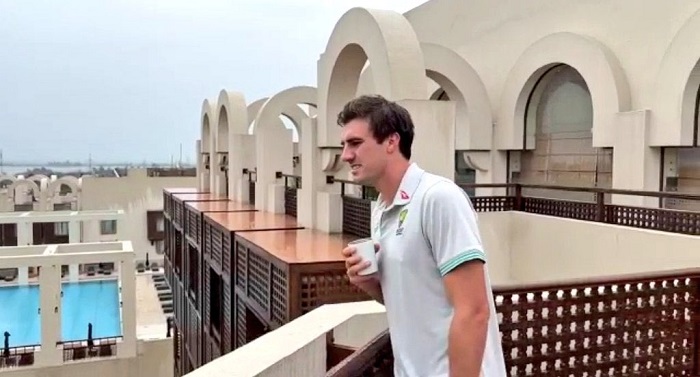 Karachi : Australia captain Pat Cummins announced the playing XI for the second Test, and also confirmed that leg-spinner Mitchell Swepson will make his long-awaited Test debut against Pakistan on Saturday.

Swepson first toured with Australia's Test team five years ago, now he has been included to partner Nathan Lyon on a pitch that is expected to aid spinners. Swepson will replace seamer Josh Hazlewood, who has been left out of the team after playing just one Test into his comeback from his strained Ashes campaign.

Speaking on Swepson's inclusion captain Cummins said that the leg-spinner is "pumped" to be part of the playing XI in the second Test against Pakistan and he is absolutely ready.

"He's pumped and to be honest, we're all pumped for Swepo," said Pat Cummins as stated by ICC.

"It's been a long time running drinks over the last couple of years, but he is absolutely ready. He has been a huge part of the squad, even though he hasn't been playing. So we're really excited to see him get a chance," he added.

The first Test ended in a draw with both the teams getting four points each in the ICC World Test Championship table.