UCL: Strength of fans drove us on, says Benzema after Madrid stun PSG 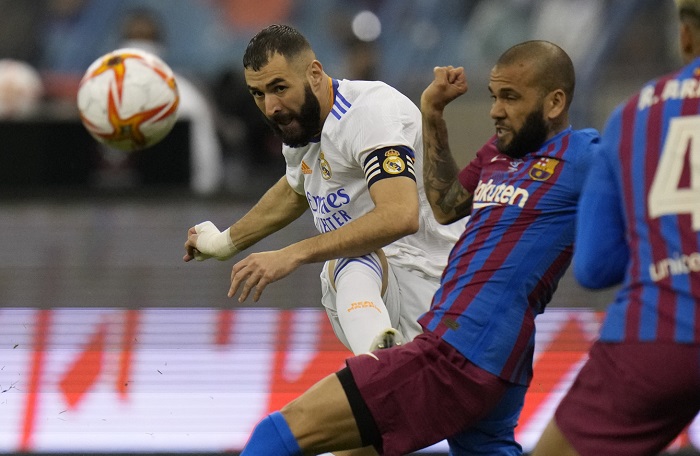 Madrid : Karim Benzema said home fans at Santiago Bernabeu pushed Real Madrid to a spectacular comeback against PSG on Wednesday, which saw them book a place in the Champions League quarter-finals.

The Frenchman hit all three of Los Balncos' goals on the night to overtake Di Stefano as the third all-time top scorer in Real Madrid history, with 309 to his name. The forward was delighted to reach the milestone and to have clinched qualification for the next round: "I'm incredibly proud to have overtaken such a true legend. I'm not stopping here. It was a very difficult game but we pushed until the end and we deserved the win and our place in the next round".

"Any Champions League game is always difficult and we knew PSG like to have the ball. We started strongly, created chances and then we conceded the goal, but in the second half, showing great mental strength, we delivered the performance," he added.

"We want to see this stadium with the fans like they were tonight. We needed them and this win is for them. We lost the first leg and we were 1-0 down at half-time today but the strength of the fans drove us on and we gave it everything we had out on the pitch until the end," the Frenchman said.

Kylian Mbappe's jet-heels were propelling Paris on a direct course to the last eight for the first hour in Madrid. The 23-year-old doubled the French side's advantage with his second of the tie and was looking unplayable, with two more efforts chalked off for offside.

Another goal appeared only a matter of time and it duly came - at the other end. Gianluigi Donnarumma dallied fatally and the opportunistic Benzema blocked, the ball spinning for Vinicius Junior, who duly returned it to his senior partner for a simple finish.

Fifteen minutes later, thanks to the abolition of away goals rule, the tie was level as Benzema collected Luka Modric's pass and fired in. If Paris had been rocking before they were all at sea now and Benzema completed the turnaround straight from the kick-off after another Vinicius Junior assist.