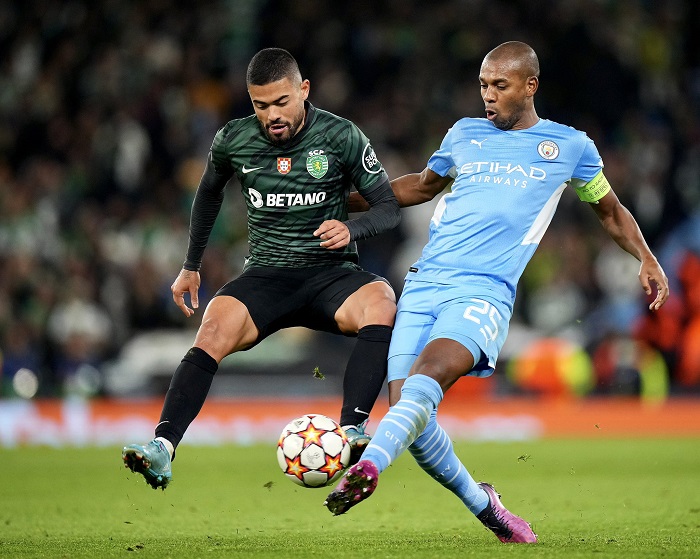 The Premier League champions advanced to a fifth straight UEFA Champions League quarter-final after a 0-0 draw with Sporting CP confirmed a 5-0 aggregate triumph. With one foot already in the last eight, City lacked their customary fluency for much of the first half and it was not until Phil Foden's cute pass played in Raheem Sterling that Antonio Adan was required in earnest.

Gabriel Jesus looked to have broken the deadlock soon after half-time but his effort was ruled out for offside.

Sporting had half-chances of their own before Paulinho snuck through for perhaps the best of the game - he was thwarted, however, by substitute keeper Scott Carson, who had come off the bench for only his second-ever Champions League appearance. Sporting's late replacement, 16-year-old Rodrigo Ribeiro, was not yet born when Carson made his own competition debut in April 2005.

Sterling hit the side-netting late on.