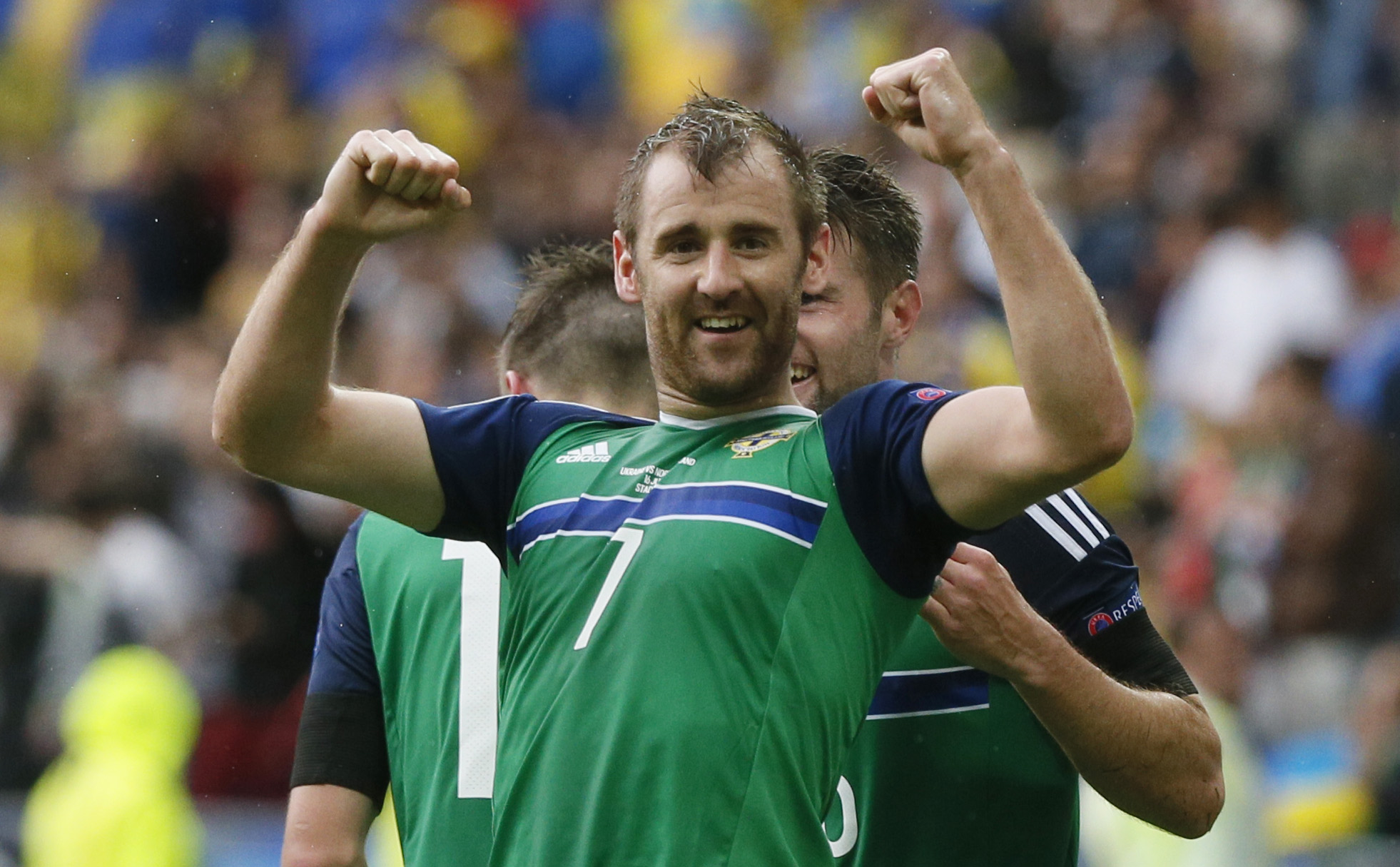 Lyon, France: A thumping header from defender Gareth McAuley and a stoppage-time strike from substitute Niall McGinn earned Northern Ireland a 2-0 victory over Ukraine in their Euro 2016 Group C encounter on Thursday.
McAuley outjumped full back Yevhen Khacheridi to meet Oliver Norwood's free kick early in the second half, and light up a dour physical struggle under leaden skies.
McGinn added the second in the dying moments of the game after Ukrainian keeper Andriy Pyatov could only parry a shot from Stuart Dallas.
The result leaves Ukraine still without a point but means Northern Ireland now have three, and a chance of reaching the last 16, as they brace themselves for a daunting final group match against Germany next Tuesday.
Coach Michael O'Neill was rewarded in his gamble of making five changes from the side that lost 1-0 to Poland in the opening game, including bringing in striker Conor Washington to replace Kyle Lafferty, the team's top scorer in the qualifiers.
While Ukraine enjoyed two-thirds of the possession in the first half, Northern Ireland had more efforts on target, the best being a stinging shot from a narrow angle from captain Steven Davis that Pyatov could only parry.
Craig Cathcart headed just over from a corner after 33 minutes, and Jamie Ward hit a shot wide after being put through by Davis.
For Ukraine, Serhiy Sydorchuk fired a shot over the bar from a failed clearance, and centre forward Yevhen Seleznyov just failed to get his head onto a cross from Andriy Yarmolenko.
Yaroslav Rakitskiy had a long range effort comfortably saved by keeper Michael McGovern, and Konoplyanka hit a free kick over the bar from over 30 metres.
The game opened up after McAuley's goal soon after the break, and Sydorchuk had a header saved from a corner.
After a short interruption for a ferocious hail storm, Viktor Kovalenko fired a shot just wide from the edge of the penalty area, and a second from similar range minutes later.
Substitute Olexandr Zinchenko rose above the defence but headed straight at McGovern, and soon afterwards the keeper dived to his left to save a long-range left-footed effort from Andriy Yarmolenko.
Ukraine again dominated possession throughout the half, but left themselves open as they strained for the equaliser, and McGinn was there at the death to seal the victory.