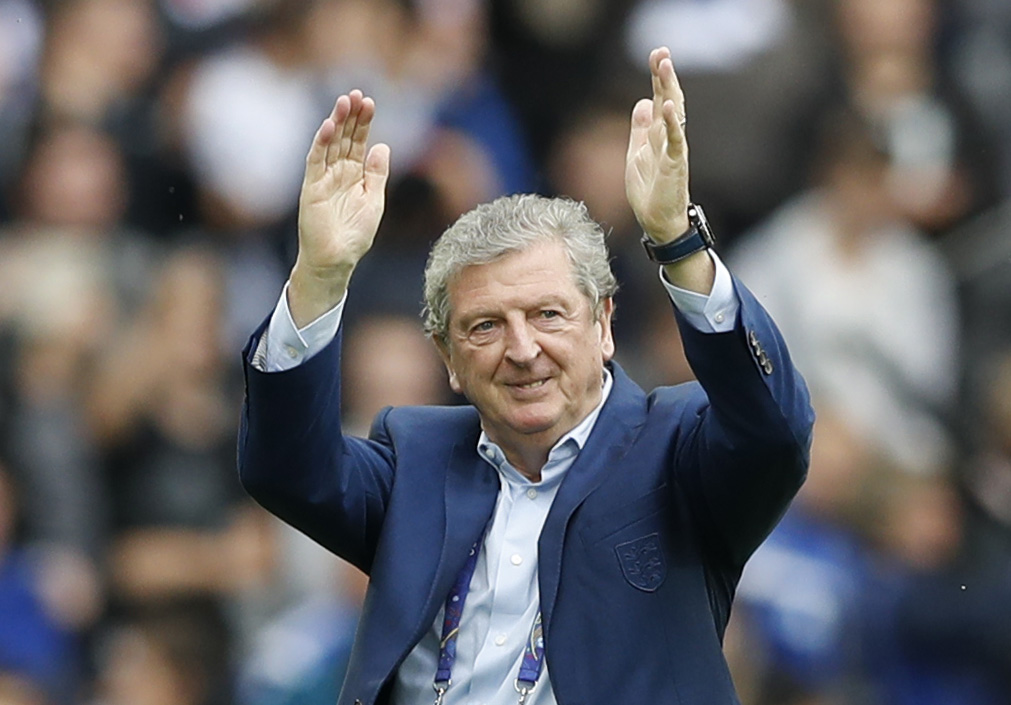 Lens, France: England coach Roy Hodgson, basking in a 2-1 victory over Wales on Thursday clinched by goals from two substitutes, said fringe players would be a major factor at Euro 2016.
Gareth Bale put Wales in front before Jamie Vardy and Daniel Sturridge replied, the latter in stoppage time, after both came on in the second half.
Hodgson said it was hard to remember if he had made a better double substitution in his 40-year career.
"It's going to be a feature of the tournament," he told a news conference, referring to changes made during a match.
"Watching France play Albania last night it was a similar situation where (Paul) Pogba and (Antoine) Griezmann came on the field and that helped the French to get the victory they looked like they might be denied by a well-organised Albania team."
The Euro hosts won that match 2-0, Griezmann netting the opener in the 90th minute, to become the first side to qualify for the last 16.
Hodgson said he now faced a selection headache for the final match as Group B leaders against Slovakia in St Etienne on Monday, knowing a draw will be enough to see his team through.
"You have players that have played two matches in a short period of time and there are a lot of players champing at the bit to get their chance," he explained.
Hodgson said he would "give thought" to the idea of resting one or two players.
"It would be foolish in the warm glow of having won a game so late on ... to start trying to make too many statements about what my plans are against Slovakia," he added. "All I'm prepared to say is we want to win that game."
Striker Marcus Rashford, aged 18 years and 228 days, became the youngest England player to feature in a European Championship, less than four months after making his Manchester United debut.
Rashford, who went on in the 73rd minute, and Sturridge won warm praise from Hodgson for giving his team a fresh approach in attack.
"(They) give us something different when we need a goal and need to ask questions of a packed defence," the coach said.