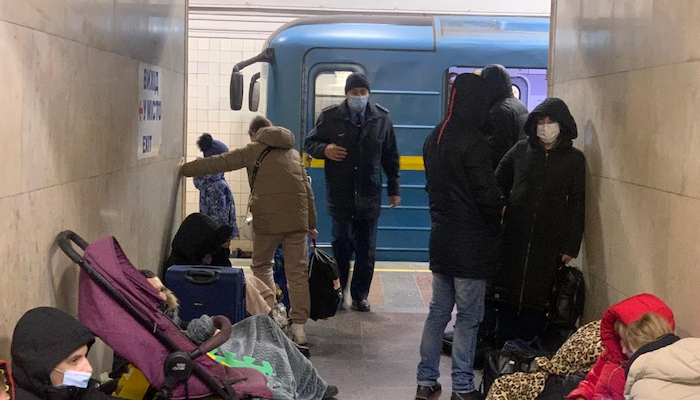 Geneva: More than 360,000 people have fled Ukraine in the three days since Russia began its invasion, the United Nations High Commissioner for Refugees (UNHCR) said today.

Some walked many miles through the night while others fled by train, car or bus, forming lines kilometres long at border crossings with neighbouring countries: Poland, Moldova, Hungary, Romania and Slovakia. Some even fled into Belarus.

Those arriving were primarily women, children and the elderly.

The agency's spokesman, Chris Melzer, said there were queues of 14 kilometres at the Poland-Ukraine border and waiting times of 40 hours.

The agency expects up to 4 million Ukrainians could flee if the situation deteriorates further, Euronews reported.