Russians take Chernobyl ― What we know 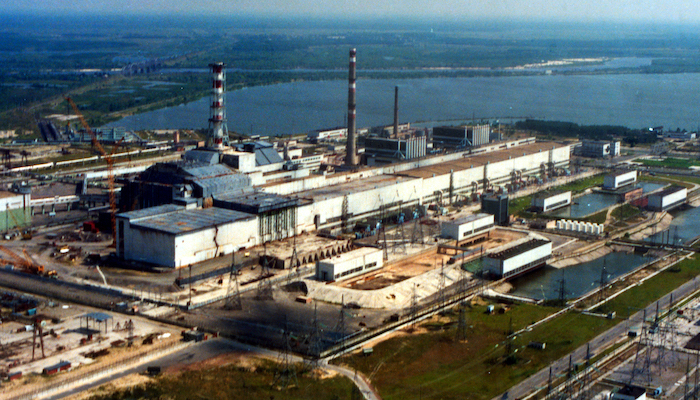 Russian troops have taken control of the Chernobyl nuclear plant, where Reactor 4 spilled radioactive waste fallout across many European countries in a 1986 explosion considered one of the most devastating nuclear accidents in history.

Nobody lives there, but several thousand people regularly work in the zone, which is largely made up of forest.

The inspectorate said experts connect the increase with the radio-heavy military machinery moving through the area, which has disturbed the top layer of soil and polluted the air.

Radiation increased near Chernobyl on Thursday due to increased military activity

Chernobyl nuclear facilities and other facilities in the zone are not damaged, the report said.

The White House expressed outrage on Thursday over reports of hostages taken at the Chernobyl facilities. The reports have been disputed by Russian authorities, who said in a Friday statement they are working with the facility’s Ukrainian guards.

The reactor that exploded in 1986 is ensconced by a New Safe Confinement dome, which finished construction in 2018.

It was erected above a concrete hull called a "sarcophagus" hastily built by the Soviets in 1986, which had shown a number of structural vulnerabilities and surface cracks.

The new dome was built using three layers of metal and polycarbonate and a frame made of tubular steel and concrete beams. Built to last 100 years, it weighs some 36,000 tonnes and is strong enough to withstand a tornado, according to the European Bank for Reconstruction and Development.

In regards to current reactor maintenance by the Russians, "the ongoing monitoring of the site is continuing," said the World Nuclear Association’s Jonathan Cobb. The organization represents the global nuclear industry.

Why does Russia want Chernobyl?

The first is for protection of the site ― the Russians don’t want contamination if they have interest in occupying the country, he said. He added they likely want to prevent a scenario in which the Ukrainians blow up the reactor and contaminate the area in order to slow the Russian troops down.

And it’s also militarily strategic, he said, since Chernobyl is a mere 90 km from Kyiv.

Cobb said that given the wartime situation, the situation at Chernobyl isn’t as unstable as it could be. The battle for the facility has already been conducted without much reported damage, so the worst seems to already be past.

Muraviev said this could always change depending on how the war unfolds.

As for the three other reactors located at the Chernobyl facility ― they are currently undergoing decommissioning in more or less the same fashion any other reactor would, said Cobb.

That means the last batches of fuel used at the reactors are placed into so called spent fuel ponds, or "wet storage facilities" located close to the reactors.

Over the course of the next years, the fuel is to be transfered to a "dry storage" facility, which was recently completed on Chernobyl grounds.

According to a statement on the reactor’s website from January 2022, some 1,700 spent fuel assemblies had already been moved to the dry storage container.

Reports addressing the transfer of the facility from Ukrainian to Russian control have been rife with contradictions, an element of this war that Russia expert Muraviev said was imminent.

The Ukrainian Ministry of Foreign Affairs warned Thursday of the possibility of "another ecological disaster" at the Chernobyl site, and the nuclear inspectorate of Ukraine told the IAEA that all facilities were taken under armed control. And Ukrainian officials claim the Russians are holding plant workers hostage.

But Russia said its paratroopers were working with the Ukrainian guards and had only surrounded the area of the facility to ensure its safety, not to attack, the New York Times reported.

"During the war, both sides are engaged in information operations," said Murviev when asked about conflicting narratives surrounding the takeover of the Chernobyl facility itself. "That's part of the deception campaign."

While the capture of the Chernobyl site raised international concern, Muraviev added that there are still fifteen other nuclear reactors across the country.

They provide about half of the country's energy needs ― and they aren’t protected by massive steel domes.

James Acton, co-director of the Nuclear Policy Program at the Carnegie Endowment for International Peace, stated in a Thursday commentary that although the CEO of the company operating Ukraine’s nuclear power plants said the plants were strong enough to withstand an airplane crash, well-designed munitions might still be able to penetrate.

"One particularly serious risk is that a direct attack might drain the pools in which spent fuel is stored, often in large amounts," he wrote. "Without cooling, this fuel could melt, releasing very large quantities of radioactivity."

While much is still unclear about the capture of the facility, one thing is certain: the Russians aren't going into Chernobyl blind.

Along with building the original sarcophagus, Soviet leaders facilitated the immediate cleanup of the Chernobyl spill, giving them an intimate understanding of the facility.