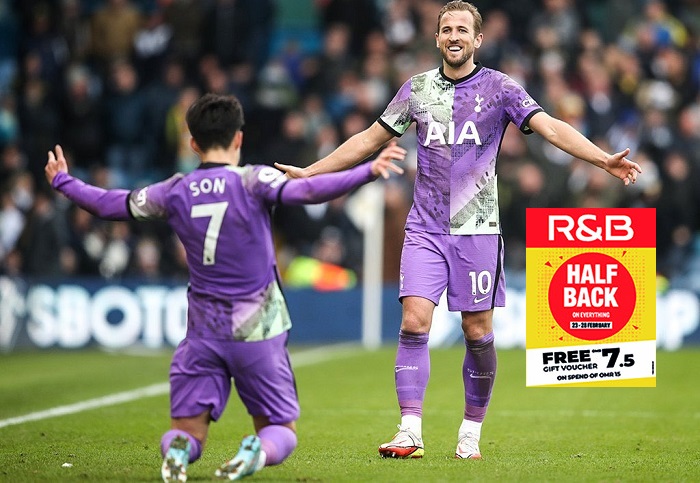 London : Tottenham Hotspur's Harry Kane and Son Heung-min on Saturday became the most prolific duo in the history of the Premier League.

Spurs' duo have now assisted each other for 37 Premier League goals, moving one ahead of Chelsea duo Didier Drogba and Frank Lampard and setting a Premier League record.

The pair combined for their team's fourth goal against Leed United at Elland Road to create a new PL record. Kane pinged a glorious long-range ball over the top to Son Heung-min, who fired past Illan Meslier.

Earlier, the visitors went ahead in the 10th minute as Ryan Sessegnon crossed for his fellow wing-back Matt Doherty, who scored his first goal for the club.

Five minutes later Dejan Kulusevski wriggled free from a tight spot near the right corner flag, exchanged passes with Doherty and finished powerfully at the near post for his second goal in three matches.

Leeds nearly hit straight back as Robin Koch hit the post, but instead it became 3-0 in the 27th minute as Pierre-Emile Hojbjerg chipped the ball over the top and, despite the tight angle, Harry Kane volleyed into the far corner.

Spurs move on to 42 points, four points behind fourth-placed Manchester United with a match in hand. Leeds stay 15th after their fourth straight defeat, three points above the relegation zone.