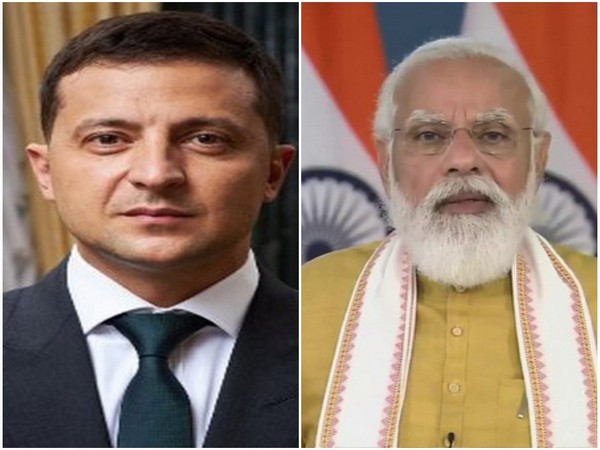 New Delhi: Ukraine President Volodymyr Zelenskyy spoke to Prime Minister Narendra Modi on Saturday over the current situation in his country and urged India for its political support in United Nations Security Council (UNSC) against Russia which is continuing its military operations in Ukraine.

Taking to Twitter, Zelenskyy said, "Spoke with Indian Prime Minister Narendra Modi. Informed of the course of Ukraine repulsing Russian aggression. More than 100,000 invaders are on our land. They insidiously fire on residential buildings. Urged India to give us political support in UN Security Council. Stop the aggressor together!" Notably, Russia on Friday (local time) vetoed a draft UN Security Council resolution on Ukraine, while India, China, and UAE abstained from the vote. The vote was 11 in favour, one against, and three abstentions. India abstained from voting saying that the path of the "diplomacy was given up".

Ukrainian President Volodymyr Zelensky on Saturday also urged Germany and Hungary to back Russia's expulsion from the SWIFT banking system as Moscow continues its military operation in Ukraine.

"We have almost full support from EU countries about disconnecting Russia from SWIFT. I hope Germany and Hungary will have the courage to support this decision," Zelenskyy said in a video address that was posted on his Telegram channel, Sputnik News Agency reported today.

Zelenskyy said also that Ukraine has a right to EU membership, and achieving this would be a key sign of support for the country.

"This is the decisive moment to close one and for all the multi-year strategic discussion, make a decision on Ukraine's membership in the European Union. I discussed this with Charles Michele, Ursula von der Leyen, Emmanuel Macron," Zelenskyy said, as per Sputnik.

However, as per reports, the decision of whether to cut Russia off from the SWIFT international financial network or not will be made within a few days.

Several countries including the UK, the US, Canada, and the European Union have condemned Russia's military operations and imposed sanctions on Moscow.