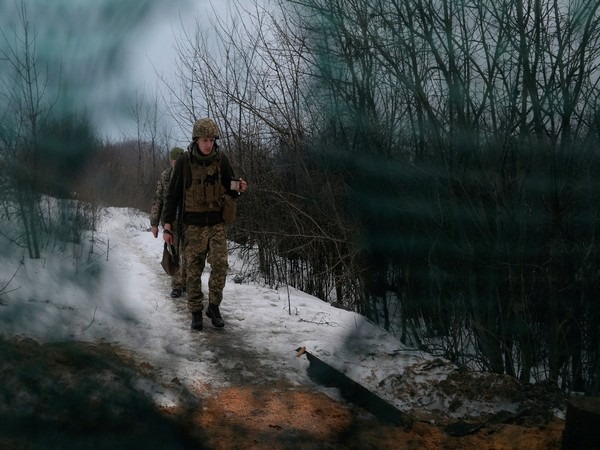 London: UK Ministry of Defence on Saturday said that the bulk of the Russian forces is now 30 kilometres from the centre of Ukraine's capital city of Kiev.

Taking to Twitter, the Ministry shared the intelligence update and said, "Russian forces have continued their advance on Kyiv with the bulk of their forces now 30km from centre of the city." The Ministry further said that Russia has yet to gain control of the airforce over Ukraine "greatly reducing the effectiveness of the Russian Air Force."

"Ukrainian Armed Forces continue to put up staunch resistance across the country," the Ministry added.

Furthermore, the UK intelligence input said that Russian causalities are likely to be "heavy and greater" than anticipated or acknowledged by the Kremlin.

Earlier, the UK foreign office said on Friday said that Russian President Vladimir Putin and Foreign Minister Sergey Lavrov will be hit with an assets freeze as part of the UK's sanctions to debilitate Russia's economy and military infrastructure.

"In a third wave of punishing sanctions in just four days, the UK's sanctions have been strategically coordinated with international allies to impose a severe cost on Putin and his regime," the UK Foreign, Commonwealth & Development Office said in a statement.

The new sanctions, which are targeted personally at Putin and Lavrov, will see any UK-based assets frozen immediately and UK companies will be barred from providing goods, services or assets to them in the future.

UK Foreign Secretary Liz Truss said: "These new sanctions send a clear message that nothing and no one is off the table. These measures reflect the horror and gravity of what Putin and his regime have done, violating the territorial integrity of a sovereign nation with an illegal and unjustified invasion."

Notably, in the early hours on Thursday, Russia launched a special military operation after the breakaway republics of Donetsk and Luhansk requested assistance to defend themselves from ongoing attacks by the Ukrainian troops.

The Western countries have strongly condemned the Russian military operation and boosted the sanctions pressure on Moscow.