Oman at forefront in banana production in GCC 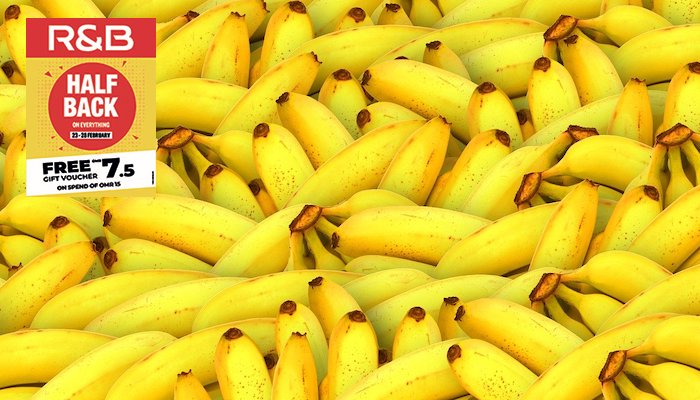 Muscat: The Sultanate of Oman is at the forefront in producing bananas among the Gulf Cooperative Council (GCC) countries.

Oman News Agency said: "Banana cultivation in the Sultanate of Oman occupies the second place after palm trees cultivation. At the level of the Gulf countries, the Sultanate is at the forefront in producing bananas, and Al Batinah and Dhofar governorates contribute to the highest banana production."

The Ministry of Agricultural Wealth, Fisheries and Water Resources is making great efforts to develop the production of this crop. It has introduced some new varieties for testing and evaluation, and it is expected that it will have a positive impact because of its significant impact on expanding the base of banana genetic resources in the Sultanate.

The General Directorate of Agricultural and Animal Research represented by the Tissue Agriculture and Biotechnology Research Centre contributes to supplying farmers with different varieties of bananas. 11 banana varieties have been propagated in the centre, including (Malindi, Fard, Cavendish, Razat, Al-Ahmar, Boufan, Williams, Nagal and Pompeii Green) within the project of propagating economic fruit types and varieties. Funded by the Agricultural and Fisheries Development Fund.

In addition, more than 30,000 seedlings are produced annually in the centre for the various projects of the Ministry, and they are distributed and sold according to Ministerial Resolution 95/2010.