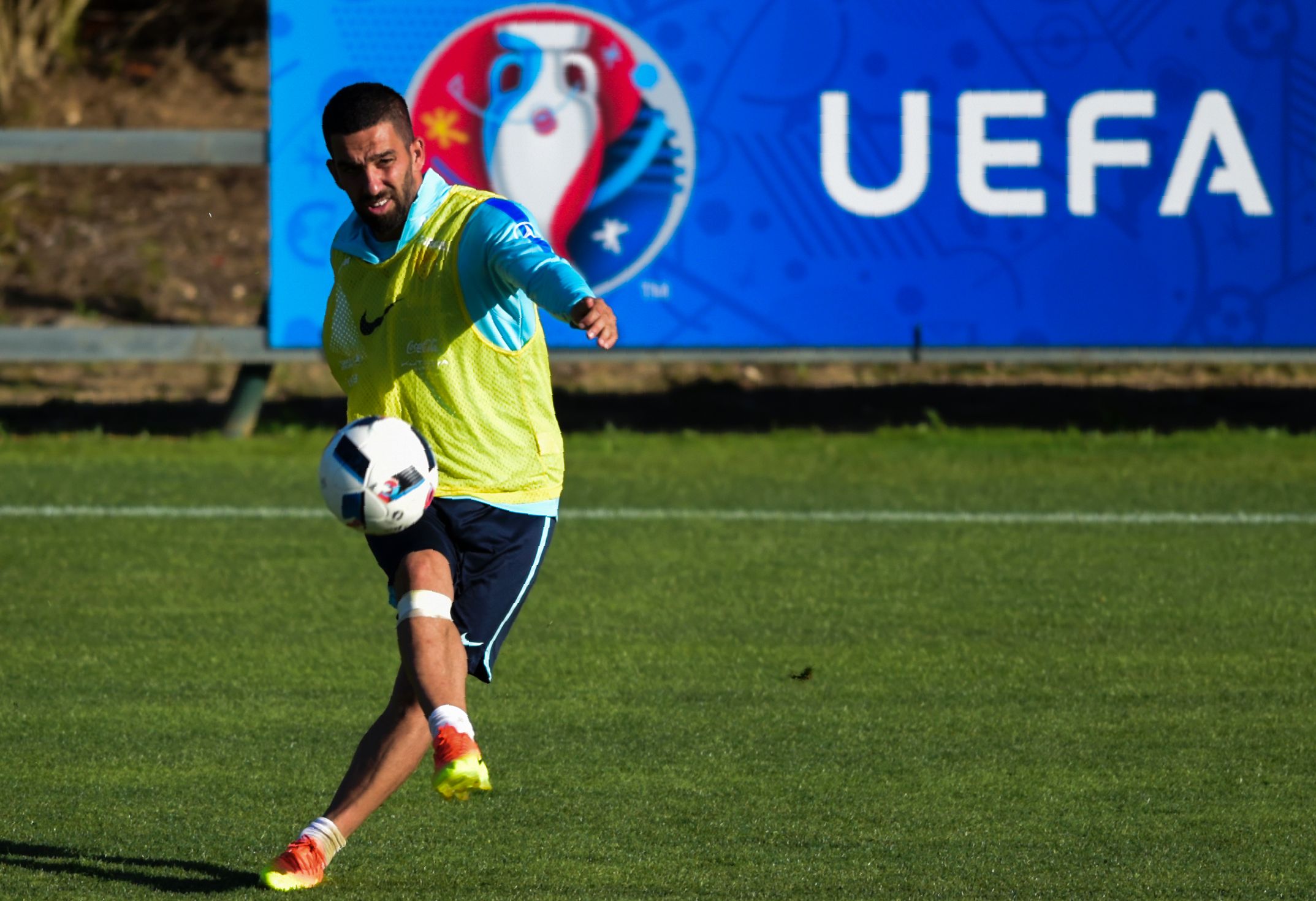 Nice, France: Turkey need captain Arda Turan to spring into action if they are to have a realistic chance of upsetting holders Spain in their Euro 2016 Group D match on Friday.
Turan, off the pace and substituted after 65 minutes, was one of the most heavily criticised players when Turkey lost their opening match 1-0 to Croatia on Sunday, going down with barely a whimper.
The Barcelona player produced very little in attack and not much in the way of tracking back either as Croatia overran the Turkish midfield. He later apologised to the Turkish public, acknowledging that he had played badly.
Coach Fatih Terim was equally disappointed in Turan and team mate Hakan Calhanoglu.
"These are important players," he said. "We rely on their performances but they couldn't deliver enough. We need them but these things happen."
At his best, Turan, who first captained Turkey as a 21-year-old and helped them to reach the semi-finals at Euro 2008, has excellent technique and vision and Turkey are a different side when he is on form.
Terim had said before the match that Turan's lack of playing time at Barcelona would not be a problem and that he remained an important player even when not fully fit.
However, the bearded 29-year-old has clearly suffered as a result of last July's move from Atletico Madrid to Barcelona which seemed to be of questionable wisdom at the time.
Turan had flourished at Atletico under the inspirational leadership of coach Diego Simeone, becoming the first Turkish-born player to win La Liga when they upset all the odds by winning the title in 2014.
He had, though, always dreamed of playing for Barcelona and agreed to join them despite knowing that, with the Catalans serving a transfer ban, he would have to wait six months for his competitive debut.
Once he was allowed to play in January, he had a lot of catching up to do and Turan struggled to adapt to a Barcelona team whose slick passing style is a world away from combative, never-say-die Atletico.
He started only nine league matches and made a further nine appearances as substitute, several of them for only a few minutes.
Spain have a 1-0 win over Czech Republic under their belts and it is hard to imagine any other scenario than the titleholders dominating possession and Turkey trying to snatch a goal on the break.