His Majesty the Sultan sends written message to President of Iran 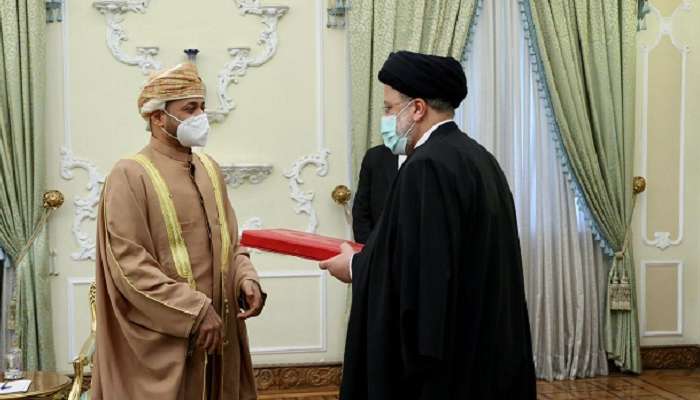 The message was handed over by Sayyid Badr Hamad Al Busaidi, Foreign Minister when the Iranian President received him at the presidency headquarters in Tehran on Wednesday.

Tehran: His Majesty Sultan Haitham bin Tarik has sent a written message to Dr. Ibrahim Raisi, President of the Islamic Republic of Iran.

The message is related to the advanced bilateral relations binding the two countries and their peoples.

The message was handed over by Sayyid Badr Hamad Al Busaidi, Foreign Minister when the Iranian President received him at the presidency headquarters here on Wednesday.

During the meeting, Sayyid Badr conveyed greetings and best wishes of His Majesty the Sultan to President Raisi and the Iranian people.

On his turn, the Iranian President asked Sayyid Badr to convey his appreciation to His Majesty and his best wishes of further progress and prosperity for the Omani people.

The meeting stressed the special relations between Oman and Iran in various spheres and means of promoting them to serve the joint interests. It also touched on the latest developments at regional and international arenas.

The two sides underlined their keenness to enhance pillars of security and stability in the region, as well as adopting the approach of dialogue in addressing different issues and challenges.

The meeting was attended by the Iranian Minister of Foreign Affairs, Ambassador of the Sultanate of Oman to Iran, members of the delegation accompanying Sayyid Badr and some officials from the Iranian side.