Sultanate participates in ministerial forum for cooperation in Indo-Pacific 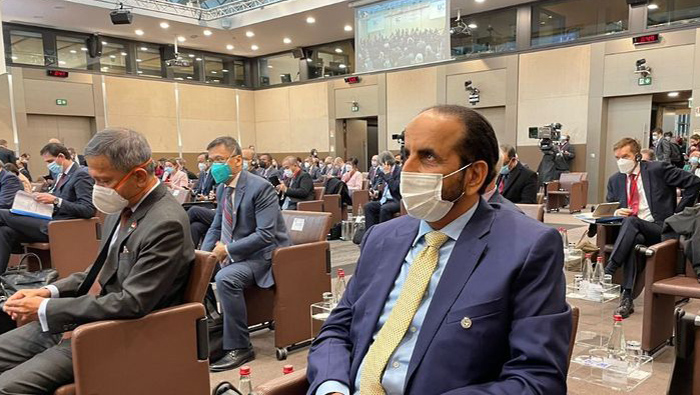 Paris: The Sultanate of Oman, represented by the Foreign Ministry, took part in the Ministerial Forum for Cooperation in the Indo-Pacific, which was held in the French Capital, Paris on Tuesday.

The Sultanate of Oman’s delegation was led by Sheikh Khalifa Ali Al Harthy, Undersecretary of the Foreign Ministry for Diplomatic Affairs.

The Ministerial forum was inaugurated by Jean-Yves Le Drian, French Foreign Minister and Josep Borrell, High Representative of the European Union (EU) for Foreign Affairs and Security Policy, Vice-President of the European Commission.

The forum, which comes within the context of the European strategy for Indo-Pacific cooperation issued on 16 September 2021, addressed global issues related to climate, biodiversity, oceans, clean energy and health, as well as communication, digital issues, security and defense issues.