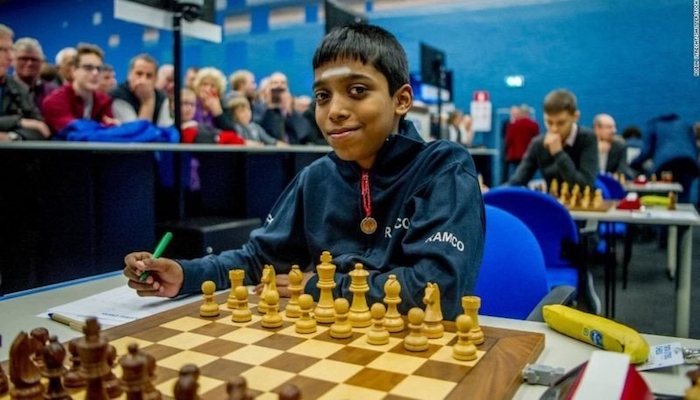 The teenage chess prodigy beat the 31-year-old Norwegian in just 39 moves to win the Airthings Masters rapid chess tournament, the government-run Sports Authority of India said on its Twitter page.

According to Indian media reports, it was the biggest win to date for Praggnanandhaa, who became the youngest player to defeat Carlsen since the latter became world champion, for the first time, in 2013.

Praggnanandhaa is the third Indian after Vishwanathan Anand and P Harikrishna, to accomplish the feat of beating Carlsen, SAI said.