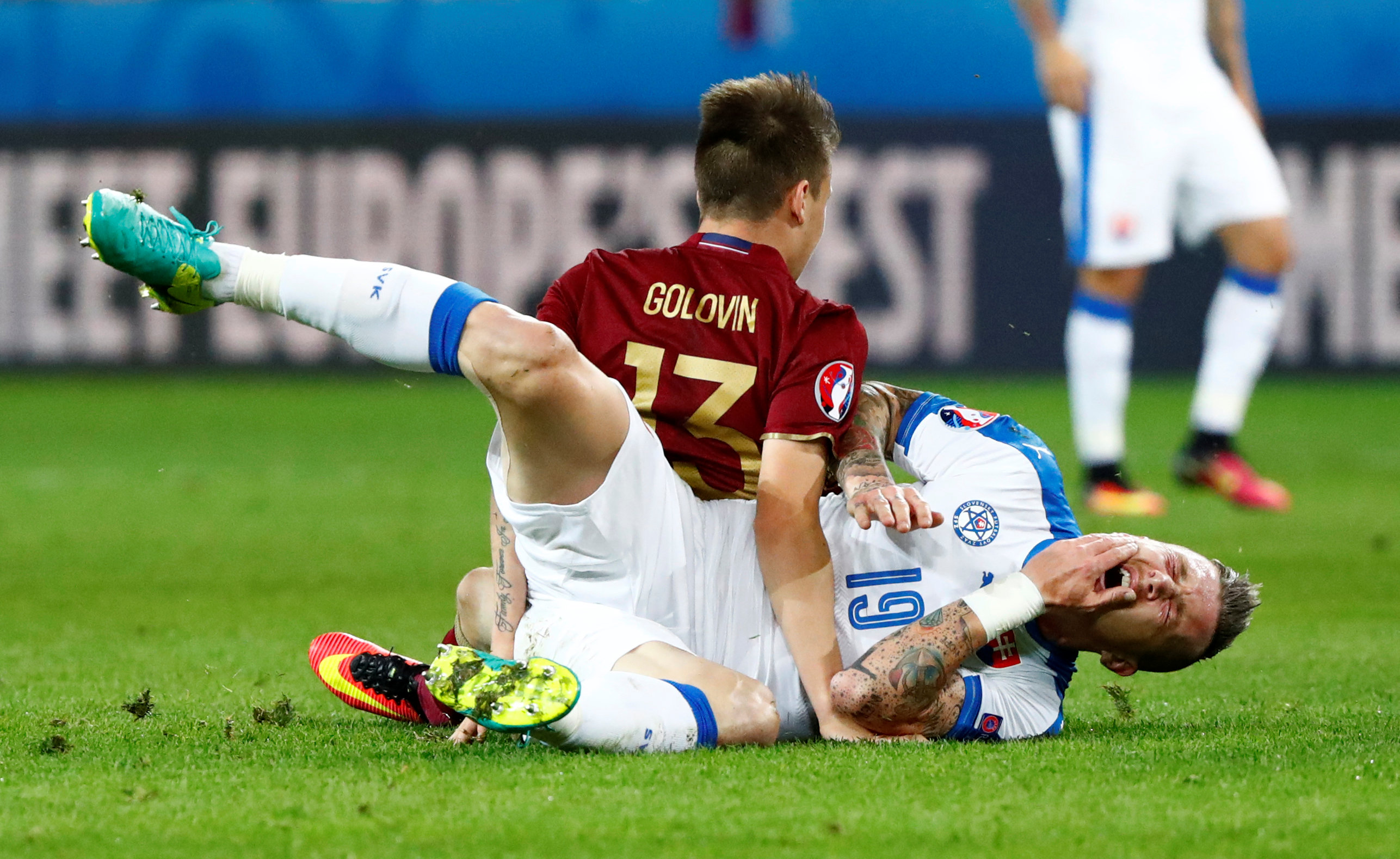 Paris: UEFA said on Thursday it regretted the unrest on the streets of Lille overnight on the eve of the Euro 2016 soccer match between England and Wales, but it stopped short of taking any action to punish fan violence.
French riot police charged and used tear gas to disperse rowdy English soccer fans on Wednesday night. Police said about 50 people were hurt during Wednesday, 16 of whom were hospitalised.
"UEFA regrets the skirmishes which occurred in Lille last night. Police forces made several arrests and were quick to restore order and keep the situation under control," UEFA, European soccer's governing body, said in a statement.
It made no reference to any action it might take.
After violence in the Mediterranean port of Marseille before and after England's 1-1 draw with Russia on Saturday, UEFA warned England that a repetition of fans' violent behaviour could see the team expelled.
UEFA also told Russia that it would be disqualified if there was repeat of their fans' violent behaviour, which included attacks on England supporters in the stadium as the match ended.
Lille was seen as a potential flashpoint for trouble, with Russia also playing in the northern town on Wednesday. The Russians lost 2-1 to Slovakia.
England's match with Wales in the same Euro 2016 group was due to take place in nearby Lens later on Thursday.
One England fan complained that police had over-recated on Wednesday night.
"This is a bunch of good fans having a good time. What's happening is the police are trying to enclose people," he told Reuters. "It's not hooliganism at all, it's just a bunch of guys having a good time, having a good drink, that's it."
Separately, police in Lyon in southeast France said two fans suffered stab wounds in a fan zone there.
Lyon police said one of those wounded, a Frenchman, had told them one of his attackers wore an Albania football shirt. France beat Albania 2-0 in another of Wednesday's games.
Marseille police also said a further 20 Russian fans were to be expelled from France, while three others were to go on trial.