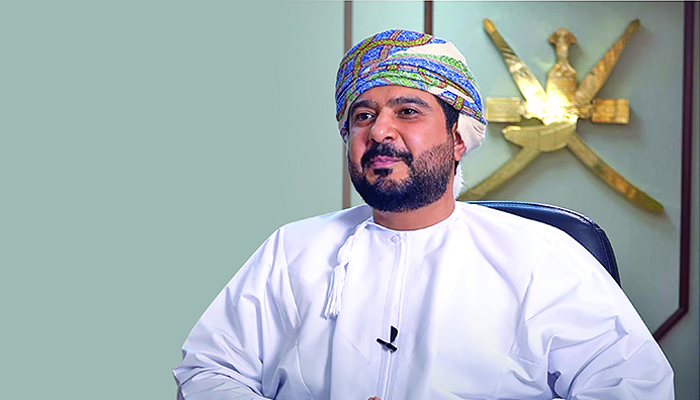 Muscat: Oman’s private sector is a key partner in the country’s efforts towards economic expansion and social development as enshrined in Vision 2040.

“Oman’s government is pro-business and has invested heavily in creating robust infrastructure and a friendly business environment that will help foreign investors set up production facilities in key sectors here.”

Appeal to investors
Addressing the potential investors, he said: “I invite you to come and experience the possibilities and opportunities for yourself. Oman looks forward to welcoming you.”

Al Yousef’s comments came in an interview shared by the Oman Chamber of Commerce and Industry (OCCI), an organisation that acts as a liaison between the private sector and government.

OCCI Chairman Redha Al Saleh encouraged investors to become a part of Oman Vision 2040, which aims to diversify and build a sustainable economy, create good standards of living, job opportunities for all and help businesses withstand the potential impact of global developments.

“They can also gain an advantage using Oman’s unique geographical location, which is well-connected to both the east and the west by air, road and sea.”

Conducive business climate
The government is taking a very direct approach to enhance the business climate and opportunities present here such as no income tax for individuals, tax exemptions for five years or more, the freedom of transferring capital and profits, full foreign ownership rights and one-stop shop services.

The government has invested a lot in developing the country’s logistics and transport infrastructure with the aim of becoming a key logistics and shipping hub in the Middle East.

The second-largest country in the Gulf region which possesses a wealth of natural resources – some of which are still relatively untapped – Oman also has plenty of attractions for tourists. It has a long coastline with pristine, sandy beaches, beautiful mountains, golden deserts with rows and rows of sand dunes and was ranked among the world’s 10 best destinations to visit in 2022, as reported by international travel magazine Lonely Planet.

Oman’s landscape
Oman’s landscape is changing: A host of towering megaprojects are changing the face of the economy – a clear indication that Oman is on the move.

To promote economic diversification and explore investment opportunities, Oman has set up a number of free zones in the country.

“The purpose of establishing the special economic zone in Duqm, as well as free zones in Sohar, Salalah and Mazyona is to reach out to the outside world,” said Dr Ali bin Masoud Al Sunaidy, the chairman of the Public Authority for Special Economic Zones and Free Zones (OPAZ).

“The special economic zones and free zones are well-equipped and they are all in close proximity of large ports and airports, gas pipelines, road infrastructure and recently expanded 5G infrastructure.

“Right now, within the framework of the special economic zones and free zones, we are concentrating on renewable energy, in line with Oman Vision 2040,” he added.