Casualties in Libya rise to 682: WHO 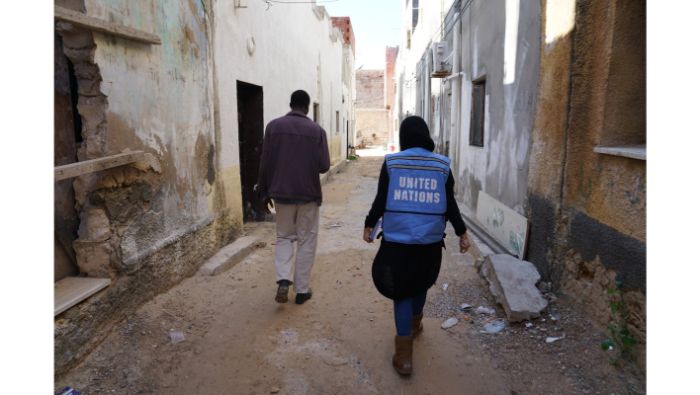 New York: Clashes between Libya's UN-backed government and forces loyal to General Khalifa Haftar have left 121 dead and 561 wounded according to the World Health Organisation (WHO).

WHO confirmed that it was sending medical supplies, health staff support for first- and second-line responders.

Additionally, WHO also stated that two ambulances were bombed in Tripoli.

"Two more ambulances were bombed in Libya on Saturday during the fighting in Tripoli, bringing the total to eight since the outbreak of violence. The WHO strongly condemns repeated attacks on health care workers, vehicles and facilities," read a statement from the organisation.

Earlier, WHO also stated that thousands had been forced from their homes as a result of the clashes.

"Thousands of people have fled their homes, while others are trapped in conflict areas. Hospitals inside and outside the city are receiving daily casualties," the statement said.

The organization has provided emergency supplies to field hospitals, WHO confirmed, warning that "the work of ambulances and hospital teams is being hampered by continuous shelling and armed clashes, including heavily populated residential areas."

"We fear that prolonged conflict will lead to more casualties, drain the area's limited supplies and further damage health infrastructure. We call on the international community to ensure adequate funding to support the current crisis," said Syed Jaffar Hussain, WHO representative in Libya.

The UN has warned that attacks on civilians in Libya could amount to war crimes as fighting near Tripoli continues to rage.

"The attack near the Mitiga Airport yesterday that left many civilians in Tripoli stranded brought into stark focus the imperative for all parties to respect international humanitarian law, and to take all possible measures to protect civilians and civilian infrastructure, including schools, hospitals and prisons."

She reminded all parties to the conflict in Libya of their obligations under international law to ensure the protection of civilians and civilian infrastructure, urging them to take measures to ensure civilians do not – once again – bear the brunt of the fighting.

Bachelet stressed that the principles of distinction, proportionality and precaution must at all times be fully respected. Intentionally targeting civilians or civilian objects as well as indiscriminate attacks may amount to war crimes, she warned.

The High Commissioner also highlighted in particular the need to ensure protection of extremely vulnerable civilians, including refugees and migrants, many of whom are already held in horrific conditions in ad hoc detention facilities by armed groups, and may be placed under significant peril.

She also called for authorities to ensure that prisons and detention centres are not abandoned, and for all parties to guarantee that the treatment of detainees is in line with international law.

"I appeal to all sides to come together to avoid further senseless violence and bloodshed," Bachelet said.

According to the United Nations Office for the Coordination of Humanitarian Affairs (OCHA), over 6,000 people have been displaced since the fighting began.

Last week, forces loyal to Haftar launched a military campaign to take over the capital.