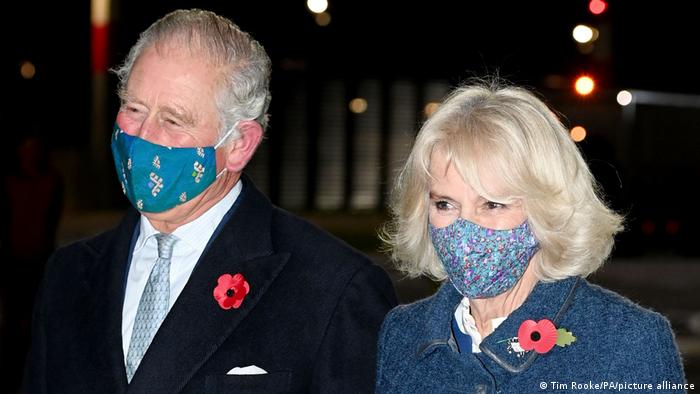 Britain's Queen Elizabeth II has said that she wants daughter-in-law Camilla to hold the role of "Queen Consort" when Prince Charles becomes king.

The move, announced Saturday on the eve of her platinum jubilee marking 70 years on the throne, cements a remarkable journey to public acceptance for Camilla, after being vilified for her role in the break-up of Charles' marriage to Princess Diana.

Throughout British history, the wife of a king typically is given the title "Queen Consort." But at the time of Charles and Camilla's wedding, it was decided that Camilla would use the title "Princess Consort" if Charles were to become king.


The latest announcement shows that the 95-year-old UK monarch is planning for the future after her death. The Queen said she hoped Charles and Camilla would receive the same support as she has during her reign.

"When, in the fullness of time, my son Charles becomes king, I know you will give him and his wife Camilla the same support that you have given me," the monarch wrote. "And it is my sincere wish that, when that time comes, Camilla will be known as Queen Consort as she continues her own loyal service."

Charles and Camilla, through a spokesperson, said they were "touched and honored by Her Majesty's words." Charles later added the jubilee was an opportunity for the country to unite and celebrate Queen Elizabeth's service to the nation.


The message ties up a loose end that has hung over the House of Windsor since Charles' divorce from Princess Diana.

It took years for many in Britain to forgive Charles, the man whose admitted infidelity brought such pain to "the people's princess" before she died in a Paris car crash in 1997.

But the public mood softened after Charles married Camilla Parker Bowles in 2005 and she became the Duchess of Cornwall.

Although Camilla played a significant role in the breakup of Charles' first marriage, her down-to-Earth style and sense of humor eventually won over many Britons.

The tabloid declared that the decision was "the clearest sign yet not just of the Queen's unswerving support for her daughter-in-law but proof of her enduring affection for the woman who has secured her eldest son's happiness."

The Sunday Express also led with the story, describing it as the Queen's "Platinum Jubilee Gift to Charles."

70 years on the throne


Queen Elizabeth acceded to the British throne on February 6, 1952, following the death of her father King George VI.

During her reign, she has remained the one constant through periods of huge social and political upheaval and in 2015, Elizabeth overtook Victoria as Britain's longest-reigning sovereign.

But Elizabeth now celebrates 70 years as monarch at a time of tumult for the royal family.

The monarchy has been rocked by the US sex abuse court case facing her son Prince Andrew as well as allegations by her grandson Prince Harry and his wife of racism in the royal household.

Last year, the Queen lost her husband of 73 years, Philip.

Events this weekend to mark the occasion will be low key, but the platinum jubilee will be marked with more pomp and ceremony in early June, when the government will add an extra public holiday.

Scholz called her a role model in times of change and great challenges, adding, "you give courage and confidence."

The monarch's health has been a concern since she canceled a two-day trip to Northern Ireland in October and was quietly admitted to a hospital overnight for preliminary tests.