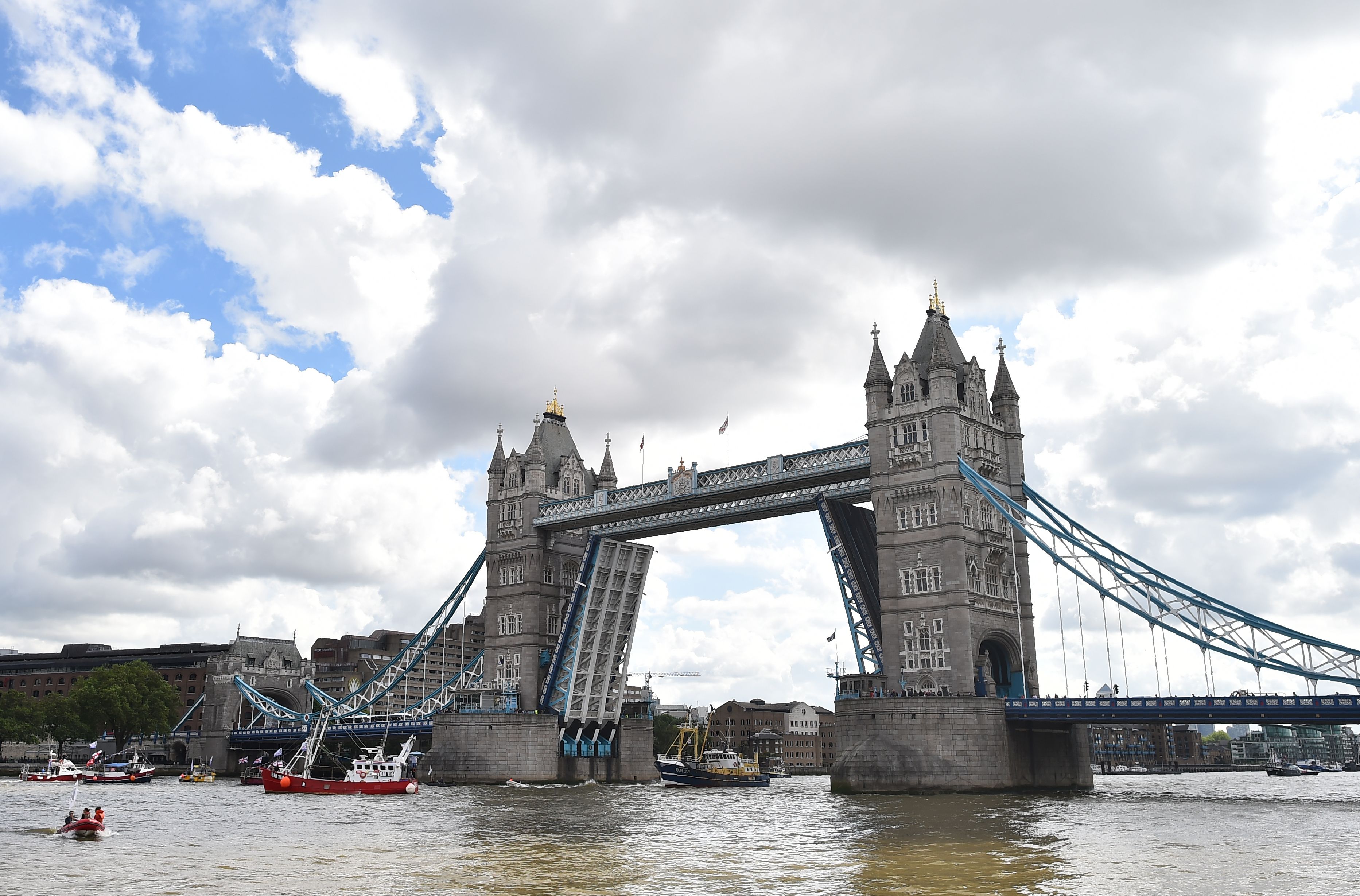 London: Brexit campaigners sent a flotilla of fishing boats up the River Thames on Wednesday decked in colourful flags and anti-EU banners, in an eye-catching effort to galvanise support a week before Britons vote in a referendum on EU membership.
"Let's put the Great back into Britain. Vote Out and be Great Britain again," read a sign on one of the boats which were passing some of London's most historic sights including Tower Bridge and the Houses of Parliament.
Other boats in the flotilla flew the British and English flags with signs bearing messages such as "Save Our Country" as polls show growing support for the campaign to quit the EU ahead of the June 23 vote.
The leader of the anti-EU UKIP party Nigel Farage joined one boat, highlighting what the Brexit campaign argue is the damage being down to Britain's fishing industry by European Union quotas.
But in a sign of the passions surrounding the impending vote, musician Bob Geldof joined a rival boat of "Remain" supporters who held up pro-EU banners in protest at the flotilla while others draped "In" banners from Tower Bridge and the riverbank.