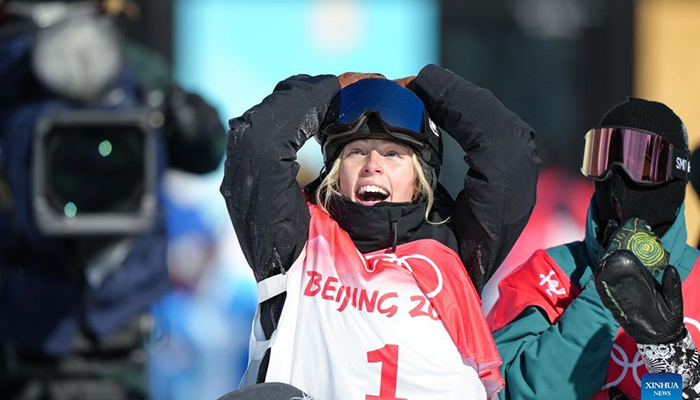 Sadowski-Synnott notched 84.51 points in the first run. No participant surpassed her until Marino managed to finish a frontside double cork 1080 in her last trick of the second run to win her a total score of 87.68.

Facing pressure from Marino, Sadowski-Synnott failed to refresh the ranking table after slipping in the second run. However, the 20-year-old ultimately demonstrated her prowess again by successfully performing a frontside double cork 1080 melon and a backside 1080 weddle grab to lock her win.

Marino and Coady hugged the champion with excitement after hearing the final result to express their congratulations.