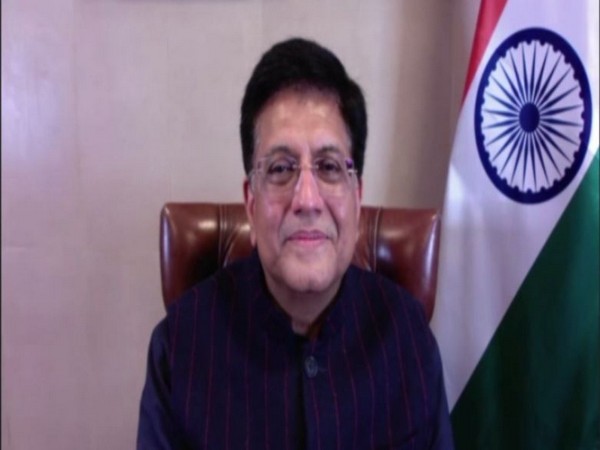 New Delhi: Union Minister for Commerce and Industry Piyush Goyal on Saturday termed the Union Budget 2022-23 as a direction-setting budget, addressing both macro-economic and micro-economic concerns and looking at an inclusive development.

Speaking at a public function to explain the nuances of the Union Budget in Mumbai today, the Minister said "the budget should be seen as an exercise in continuity to make India future-ready". Recalling Prime Minister Narendra Modi's vision of converting crisis into opportunity, Goyal said, the government has been pro-actively announcing new projects and schemes through the year and Union Budget has attempted to show the way ahead for the next 25 years.

Goyal said the budget has laid a big thrust on infrastructure development and highlighted the importance of the PM Gati Shakti National Plan. He said the plan will leverage data and inter-connected national maps to better align infrastructure projects.

Explaining how the nation adopted the COVID-19 pandemic by swiftly moving to the remote working mode, Goyal asserted that India did not let down a single international obligation, thanks to Digital India and thrust given on expansion of broadband connectivity. He said despite the pandemic, India's services export remained robust and would achieve USD 240 billion targets.

Goyal said that India produces the second-highest number of STEM (Science, Technology, Engineering, Mathematics) graduates and this should encourage us to become not only the start-up capital but also the R&D and innovation hub.

The Commerce and Industry Minister further added that India has been working on a number of Free Trade Agreements (FTAs). Citing the India-UAE FTA, Goyal said the entire process was completed in just 88 days.

He informed that India-Australia FTA is also in an advanced stage of finalization. "FTAs with the UK, Canada are also in the pipeline, even as GCC also wants to sign an FTA with India. The world wants to work with us, we have to seize the initiative" the Minister added.

The Minister also spoke about the enhanced capital spending of Rs 10.5 lakh crores provided by the Budget 2022-23 to have a multiplier effect of three to four times, leading to enhanced demand and increased job opportunities benefitting all people.