Any escalation in Ukraine crisis would increase challenges for India, says expert 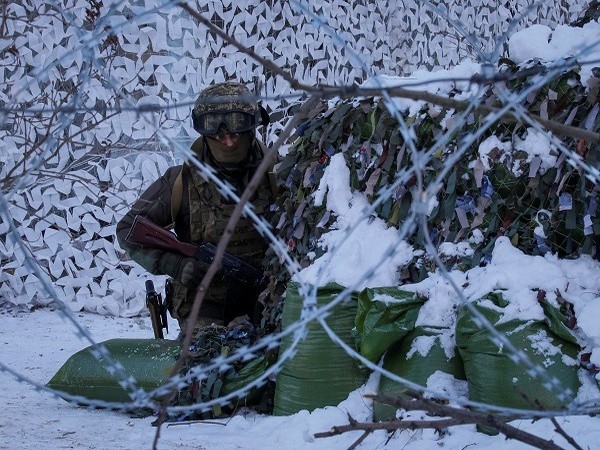 New Delhi: Amid the build-up of Russian troops along the border with Ukraine, an expert in international relations has said that escalation in tensions between Russia and the Western countries will put pressure on Indian foreign policy priorities and New Delhi will find it hard to balance all sides.

Harsh V Pant, Head of the Strategic Studies Programme at Observer Research Foundation, said that India "had not really responded in the Crimea situation in 2014".

"Many in the West had argued that India had taken the side of Russia. I think it's a similar policy that India might approach this year," he said.

Pant said if there is significant aggression then voices will rise, asking India to critique Russian policy.

He also said Russia's reliance on China will increase in case the situation escalates.

"This scenario will also put pressure on Indian foreign policy which is facing the China challenge not only across the border, but across various frontiers," he said.

He said any conflict in Ukraine is going to put pressure on energy prices.

"And this will have an impact on Indian economy which is just about beginning to recover post-COVID. So I think there are multiple factors here that India will have to take into account as the situation in Ukraine develops," Pant said.

"If the US continues pressuring Russia up to the point of encouraging Kiev to provoke the earlier described scenario for further escalating tensions, then India will obtain more importance for Russia as a non-Western counterbalance that also helps it pre-emptively avert future disproportionate dependence on China," he said.

"In the event that tensions are successfully de-escalated through the US respecting all or most of Russia's security guarantee proposals - ideally in writing but possibly informally as a temporary measure to defuse the crisis - then America will refocus the bulk of its Eurasian efforts on seeking to contain China. In that scenario, Beijing might become more amenable to Delhi's proposals to - as India would describe it - more fairly de-escalate their own border, economic, financial, investment, tech, and other tensions," he added.

Answering a question on Russia's expectation from India, Korybko said Moscow is expecting India to remain neutral and non-aligned as per its grand strategy that was reaffirmed during President Putin's visit there in early December.

"It doesn't anticipate Delhi taking anyone's side, but pragmatically balancing between all parties in ways that don't occur at anyone else's expense."

In the long-term, the Moscow-based expert said, Russia seems sincerely interested in jointly assembling then leading a new Non-Aligned Movement ("Neo-NAM") with India for creating a third "pole of influence in a bi-multipolar world order".

India had last month called for an immediate de-escalation of tensions related to Ukraine and reiterated its support for a peaceful resolution of the issue for long-term peace and stability.

Speaking at a meeting on Ukraine at UNSC, India's permanent representative TS Tirumurti had said last month that quiet and constructive diplomacy is the need of the hour. "Any steps that increase tension may best be avoided by all sides in the larger interest of securing international peace and security," he said.