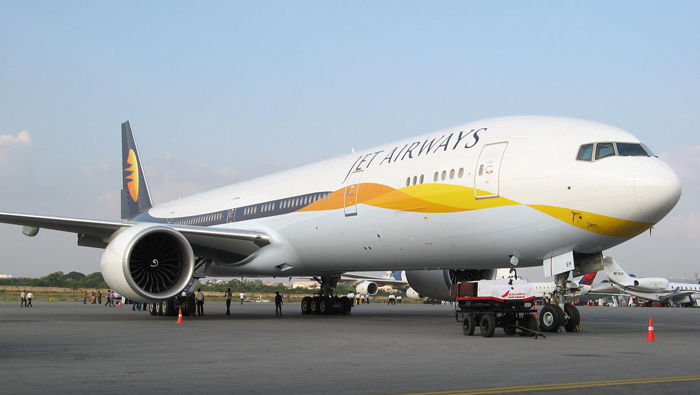 Bengaluru: A Mangaluru-bound Jet Airways flight with 65 passengers and four crew members on board on Wednesday returned to the airport here shortly after departure as smoke was deducted in the cabin.
A full emergency was declared at the airport for priority landing of the flight 9W 2839 following which the runway was closed for operations at 10.20 AM and the aircraft landed safely, the Bangalore International Airport Ltd (BIAL) said. Standard emergency procedures were followed and all 65 passengers and four crew members onboard were deplaned and are safe, it said.
Three arrival flights were held on air and five departure flights on ground. Runways resumed operations at 10.51 AM, the BIAL said.
"In line with the airport's commitment towards passenger safety and prompt and timely action from the Aircraft Rescue and Firefighting team ensured that all passengers onboard the aircraft were evacuated safely", it said. Jet Airways, in a separate statement, said the flight returned to Bengaluru airport soon after departure due to smoke detection in the cabin. Precautionary evacuation of guests and crew was carried out immediately on landing, it said. "All 65 guests and 4 crew are safe," the statement added.