King and Queen of the Belgians leave Oman after official visit 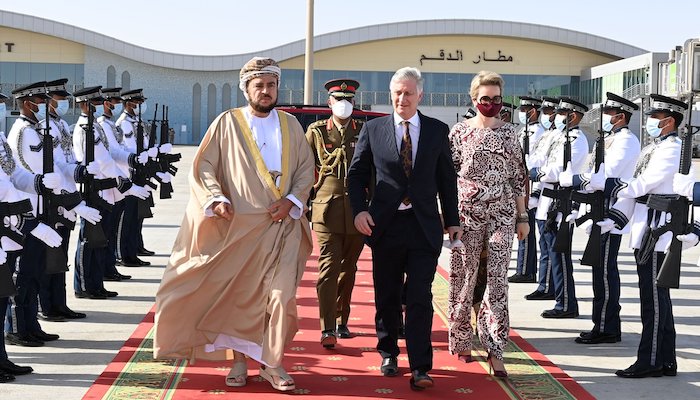 On their departure, they were seen off by His Highness Sayyid Asa’ad bin Tariq Al Said, Deputy Prime Minister for International Relations and Cooperation Affairs and Personal Representative of His Majesty the Sultan; Dr.  Mohammed bin Hamad Al Romhi, Minister of Energy and Minerals and Head of the Mission of Honour; Dr. Ali bin Masaud Al Sunaidi, Chairman of the Public Authority of Special Economic Zones and Free Zones; Dr. Madiha Ahmed Al Shaibani, Minister of Education (accompanying the spouse of the guest); Najeem Sulaiman Al Abri, the Sultanate’s ambassador accredited to the Kingdom of Belgium and members of the mission of honour.

During the visit, a number of issues of common concern were discussed for the interest of both the countries and for achievement of aspirations of a more prosperous future  in the two countries.