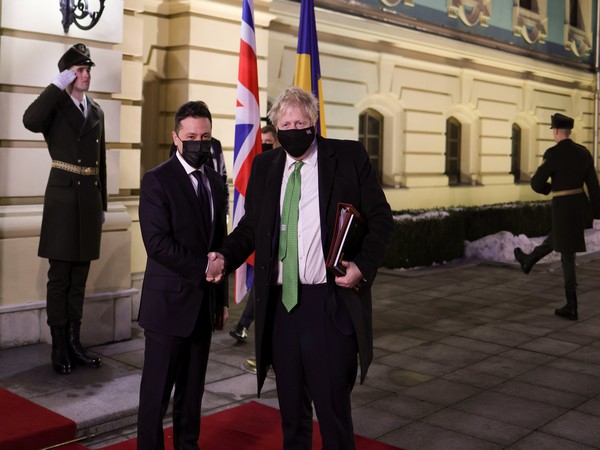 Kyiv: UK Prime Minister Boris Johnson arrived in Kyiv on Tuesday and held a meeting with the country's President Volodymyr Zelenskyi amid mounting tensions between Russia and Ukraine.

"The UK stands with Ukraine and will hold Russia to account for its destabilising actions in the region," the Prime Minister added.

The talks between the two sides were held in Kyiv as US Secretary of State Antony Blinken on Tuesday spoke with Russian Foreign Minister Sergey Lavrov to follow up on the U.S written response to Russia's security proposals.

The phone call comes as the situation around Ukraine has worsened over the past several months. NATO and Kyiv continue to accuse Russia of building up troops near the Ukrainian border and preparing for an invasion.

Meanwhile, Russia has consistently denied any plans to invade Ukraine, saying it has the right to move troops inside its territory, responding to what it considers threats to its national security.