US judge rejects plea deal for killers of Ahmaud Arbery 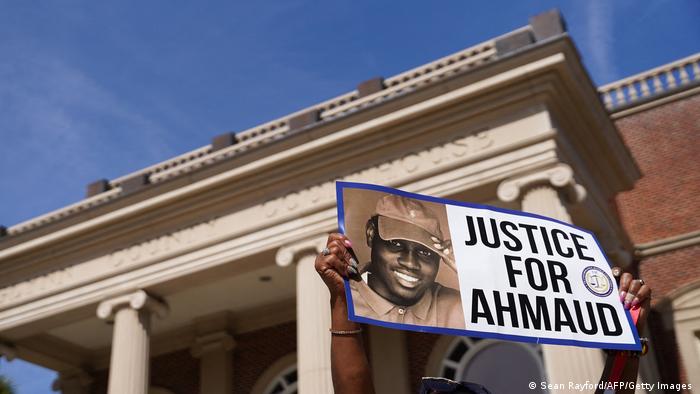 A US federal judge in Georgia on Monday rejected a plea deal for Travis McMichael and his father Gregory McMichael, two of the white men involved in the killing of Ahmaud Arbery.

Arbery, a 25-year-old Black man, was brutally murdered while jogging in Brunswick, Georgia in February 2020.


The plea deal stuck with federal prosecutors would have allowed both McMichaels to spend 30 years each in federal prison, instead of state prison.

State prisons are often perceived as having a tougher environment than federal prisons.

The deal would also have averted a hate crimes trial.

US District Judge Lisa Godbey Wood said during a hearing regarding Travis McMichael on Monday that she didn't approve of the terms of the deal. The plea agreement also did not take into consideration the wishes of Arbery's family, which Judge Wood also noted in her rejection.

The judge's decision comes after Arbery's parents denounced the agreement. Arbery's father, Marcus Arbery, told journalists that he was "mad as hell" about the proposal.

"The (Department of Justice) has gone behind my back to offer the men who murdered my son a deal to make their time in prison easier for them to serve," Arbery's mother, Wanda Cooper Jones, said in a court statement on Monday.

It's uncommon in the US for a judge to reject a plea agreement.


The Justice Department said it "respects" the court decision, after having previously defended the plea deal.

The judge's decision came after 35-year-old Travis McMichael admitted to pursuing Arbery because of his race.

Judge Wood gave McMichael and his 66-year-old father more time to decide to plead guilty to a hate crime charge. If they do not plead guilty, trials will begin next week.

The McMichaels, along with their neighbor William "Roddie" Bryan, were handed life sentences in November by a state court in Brunswick. The three men followed Arbery in pickup trucks, with the younger McMichael killing the victim with a shotgun.

Arbery's killing, along with the police murder of George Floyd in Minneapolis, were a few of the crimes which sparked massive anti-racism demonstrations in the US in the summer of 2020 under the Black Lives Matter movement.