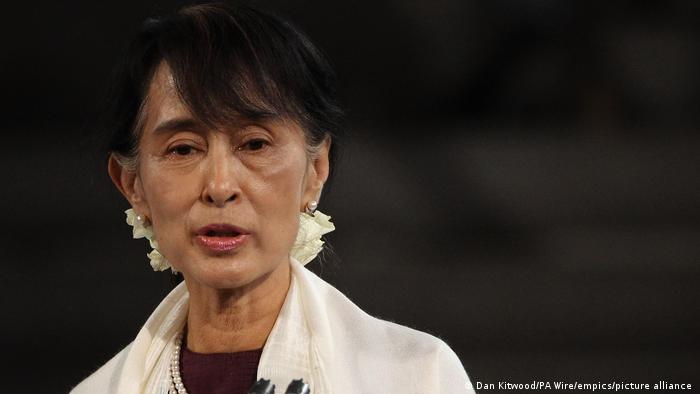 The United Kingdom, Canada and the United States unveiled a series of coordinated sanctions against officials in Myanmar on Monday, the same day the ruling junta launched new charges against former leader Aung San Suu Kyi.

The sanctions came as the country marks one year since the military led a coup against Suu Kyi. The coup sparked mass protests and then a brutal crackdown on opposition voices that led to at least 1,500 civilian deaths, according to local monitors.

They hoped to "promote accountability for the coup and the violence perpetrated by the regime," said US Secretary of State Antony Blinken.


As the sanctions were announced, the military junta charged Suu Kyi with influencing election officials during the the 2020 polls that saw her National League for Democracy party defeat a military-aligned rival.

If convicted of all the charges, the 76-year-old Suu Kyi could face prison sentences totaling 100 years.

The junta has nullified the results of the 2020 election, claiming fraud. They warned citizens ahead of the coup anniversary that anti-government demonstrations or protests in support of Suu Kyi would not be tolerated.

Suu Kyi lived under house arrest imposed by the military government for 15 years in the 1990s and 2000s and was awarded the Nobel Peace Prize in 1991 for her efforts to promote democracy. She oversaw a transfer of some power to democratic bodies in 2016, though her reputation was soon tarnished due to her denial of massacres and violence being committed against Rohingya Muslims in Myanmar.