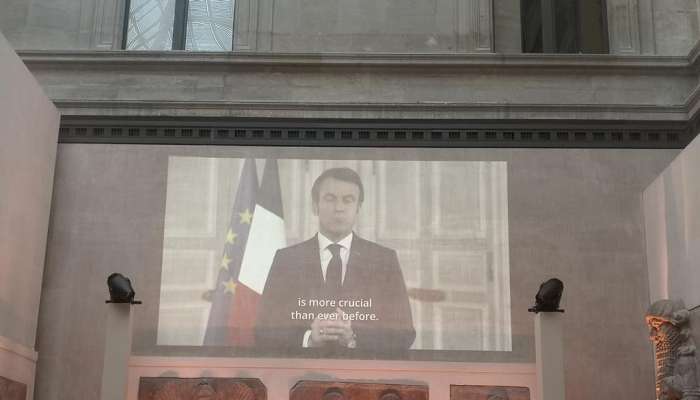 Paris: At the behest of His Majesty Sultan Haitham bin Tarik, Salim Mohammed Al Mahrouqi, Minister of Heritage and Tourism, took part in the second conference of donors of the International Alliance for the Protection of Heritage in Conflict Areas (ALIPH) held in Paris under the auspices of French President Emmanuel Macron.

The minister conveyed the greetings of His Majesty the Sultan to the conferees, hoping that the meeting will succeed in consolidating global support for cultural heritage.

Al Mahrouqi said that the Sultanate of Oman affirms its commitment to boost international efforts for the protection and sustainability of cultural heritage in conflict zones, as well as its backing for measures to combat illegal trafficking of cultural properties.

Al Mahrouqi said such challenges call for vigilance, dedication and cooperation among countries and international and regional organizations to build capacities for the empowerment of civil societies and communities in conflict zones so that they could protect their cultural heritage, build their economies and provide employment opportunities.

Global peace and security are definitely linked to legislations and political will that respects human heritage anywhere and works for maximizing its economic and social benefits.

The minister expressed Oman’s appreciation for the accomplishments made by the ALIPH within a limited timeframe, notably the Alliance’s support for projects of tangible and intangible heritage and partnerships to intensify awareness about the significance of international charters to protect cultural heritage in conflict and occupied areas.

The conference studied the positive outcome of projects carried out by the ALIPH over the past four years.