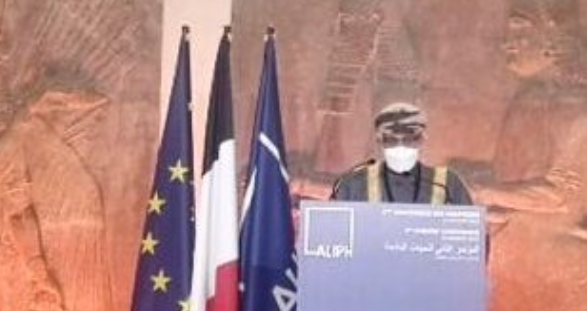 Muscat: The Heritage and Tourism Minister has participated in the International Alliance for the Protection of Heritage in Conflict Areas (ALIPH) conference that was held in Paris.

A statement issued online by Oman News Agency (ONA) said: "Based on the high commission of His Majesty Sultan Haitham Bin Tari, His Excellency Salim bin Mohammed Al Mahrouqi, Minister of Heritage and Tourism, participated in the second donor conference of the International Alliance for the Protection of Heritage in Conflict Areas (ALIPH), which is being held at the Louvre Museum in Paris under the auspices of the French President."

His Excellency conveys the greetings of His Majesty the Sultan and his wishes for this conference's success in its work in support of the Global Alliance for the Protection of Cultural Heritage.

The Minister of Heritage and Tourism clarified in his speech that the Sultanate of Oman affirms its commitment and support for all international efforts aimed at protecting and sustaining cultural heritage in areas of armed conflict and combating trafficking in cultural property.