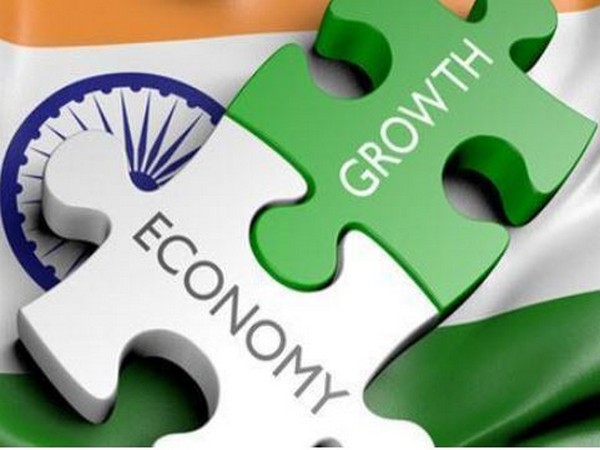 New Delhi: India will remain the fastest-growing major economy in the world during 2021-24, as per the projections of the World Bank, Asian Development Bank and International Monetary Fund, according to the Economic Survey 2021-22 released on Monday.

Union Minister for Finance and Corporate Affairs Nirmala Sitharaman tabled the Economic Survey 2021-22 in Parliament today that states that the year ahead is well poised for a pick-up in private sector investment with the financial system in a good position to provide support to the revival of the economy.

The growth projection for 2022-23 is based on the assumption that there will be no further debilitating pandemic related economic disruption, monsoon will be normal, withdrawal of global liquidity by major central banks will be broadly orderly, oil prices will be in the range of USD70- USD75/bbl, and global supply chain disruptions will steadily ease over the course of the year.

The annual survey states that the above projection is comparable with the World Bank's and Asian Development Bank's latest forecasts of real GDP growth of 8.7 per cent and 7.5 per cent respectively for 2022-23. As per the IMF's latest World Economic Outlook (WEO) growth projections released on 25 January 2022, India's real GDP is projected to grow at 9 per cent in both 2021-22 and 2022-23 and at 7.1 per cent in 2023-24. This projects India as the fastest-growing major economy in the world in all these three years.

Referring to First Advance Estimates, the Survey states that the Indian economy is estimated to grow by 9.2 per cent in real terms in 2021-22, after a contraction of 7.3 per cent in 2020-21. Almost all indicators show that the economic impact of the "second wave" in Q1 was much smaller than that experienced during the full lockdown phase in 2020-21, even though the health impact was more severe.

The Survey states that Agriculture and allied sectors have been the least impacted by the pandemic and the sector is expected to grow by 3.9 per cent in 2021-22 after growing by 3.6 per cent in the previous year. The area sown under Kharif and Rabi crops, and the production of wheat and rice has been steadily increasing over the years.

According to Survey, the industrial sector went through a sharp rebound from a contraction of 7 per cent in 2020-21 to an expansion of 11.8 per cent in this financial year. The manufacturing, construction and mining sub-sectors went through the same swing although the utilities segment experienced a more muted cycle as basic services such as electricity and water supply were maintained even at the height of the national lockdown. The share of industry in GVA is now estimated at 28.2 per cent.

The Survey states that the services sector has been the hardest hit by the pandemic, especially segments that involve human contact. This sector is estimated to grow by 8.2 per cent this financial year following last year's 8.4 per cent contraction.

Both the finance/ real estate and the public administration segments are now well above pre-COVID levels.

However, segments like travel, trade and hotels are yet to fully recover. There has been a boom in software and IT-enabled services exports even as earnings from tourism have declined sharply.

According to the Survey, Investment, as measured by Gross Fixed Capital Formation (GFCF) is expected to see strong growth of 15 per cent in 2021-22 and achieve full recovery of pre-pandemic level.

Further, the Survey points out that despite all the disruptions caused by the global pandemic, India's balance of payments remained in surplus throughout the last two years. This allowed the Reserve Bank of India to keep accumulating foreign exchange reserves, which stand at USD634 billion on 31 December 2021. This is equivalent to 13.2 months of imports and higher than the country's external debt.