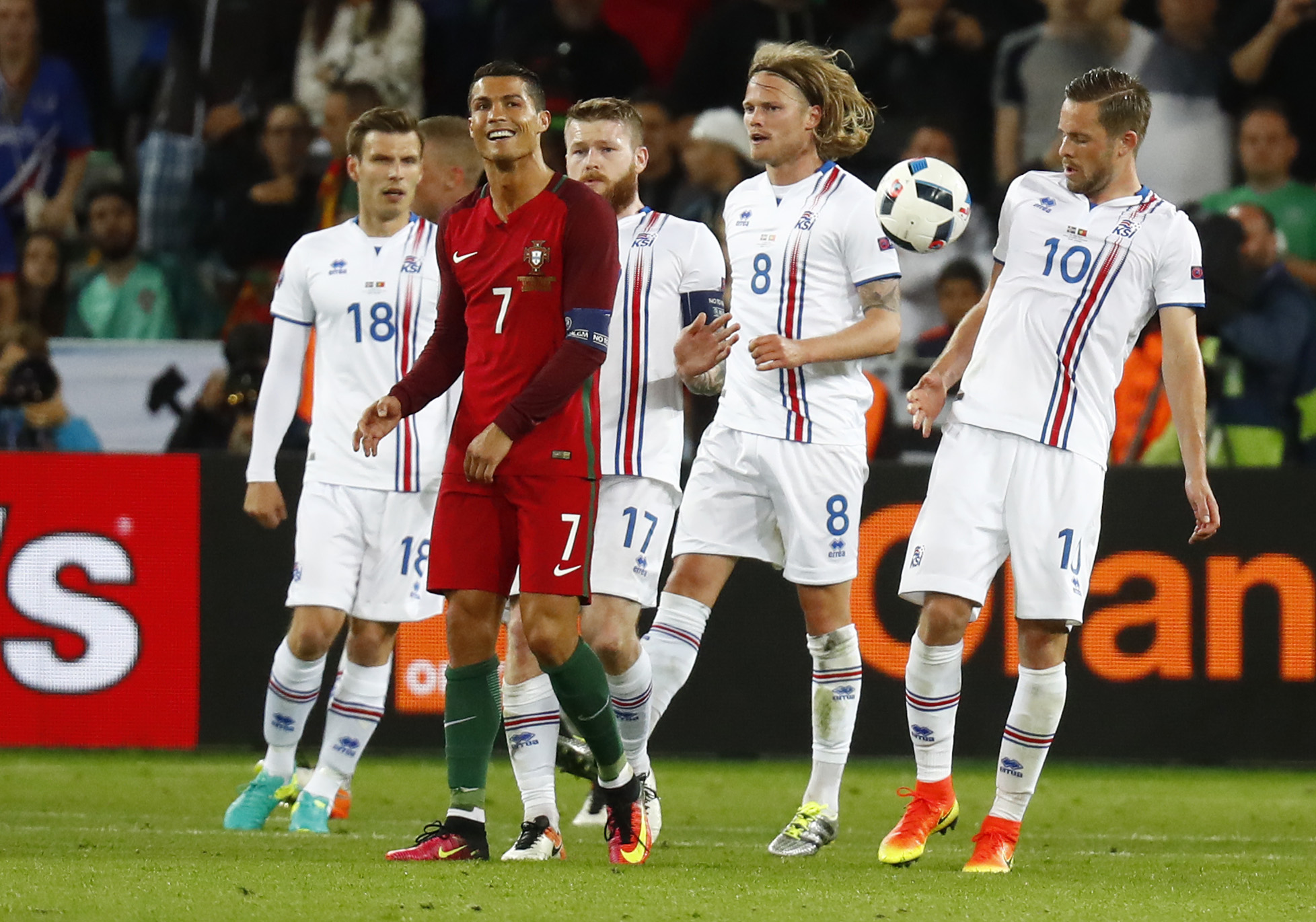 St Etienne, France, Rank outsiders Iceland enjoyed a superb big-stage debut as they clinched a shock 1-1 draw against Euro 2016 Group F favourites Portugal on Tuesday.
It was a miserable evening for Portugal's top scorer Cristiano Ronaldo even though he equalled Luis Figo's record of 127 appearances for his country.
Iceland produced a typically industrious performance on their debut in a major tournament with winger Birkir Bjarnason cancelling out Nani's first-half opener.
A string of good saves by goalkeeper Hannes Halldorsson, coupled with Ronaldo's wasteful finishing, was a significant factor for Iceland.
Iceland fulfilled their pre-match promise to show no nerves and went close in the third minute when keeper Rui Patricio denied Gylfi Sigurdsson with a double stop, smothering the rebound after parrying the midfielder's first effort.
Portugal eventually got into their stride but the final pass kept going astray in the opening 20 minutes, with Iceland's back four able to close down Ronaldo and Nani in the last third of the pitch.
The pattern changed after Nani drew a superb reflex save from Halldorsson who kept out his close-range header after Ronaldo found his strike partner with a perfect cross from the left.
Iceland saw little of the ball from there on as Ronaldo sent a looping header over the bar and then scuffed his shot straight at Halldorsson after a defence-splitting pass by Pepe.
Portugal, who had 67 percent possession in the first half, made their dominance count after a sweeping one-two between Vieirinha and Andre Gomes on the right left Nani with a simple task to steer the ball home from seven metres.
Roared on by their fans, Iceland got the equaliser out of the blue in the 50th minute as Bjarnason swept in a teasing Johann Gudmundsson centre that caught out Vieirinha.
It seemed to take the wind out of Portugal's sails, with Ronaldo looking short of pace, although Nani came close to restoring their lead after a glancing header sailed just wide.
Halldorsson then stopped dangerous shots by Gomes and Raphael Guerreiro as well as a deflected Ricardo Quaresma effort before substitute Alfred Finnbogason almost grabbed what would have been a remarkable winner at the other end.
Rui Patricio was barely able to palm away the striker's stinging drive from the edge of the penalty area as Portugal ended up running out of ideas.