NATO, UK will 'support' Ukraine if invaded by Russia, but won't send troops 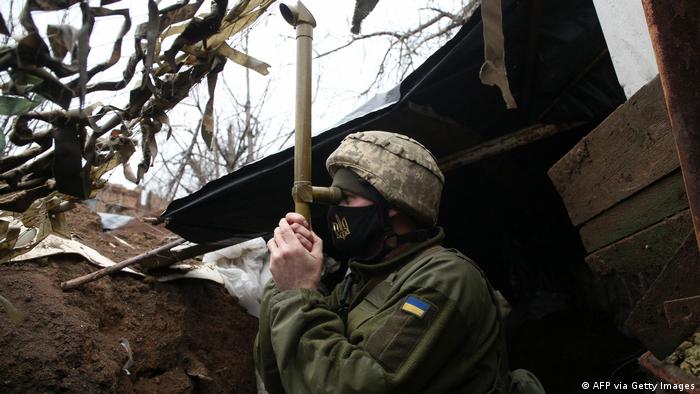 NATO Secretary General Jens Stoltenberg reiterated on Sunday that NATO would not send troops to Ukraine should Russia invade.

"We are focusing on providing support," Stoltenberg said, adding, "There is a difference between being a NATO member and being a strong and highly valued partner (such) as Ukraine. There's no doubt about that," he said in an interview with BBC.

UK Foreign Secretary Liz Truss told Sky News that her country will seek to tighten sanctions on Vladimir Putin so there is no place for his oligarchs to hide.

She said the short-term profits came at a real cost of longer term threats to democracy and freedom in the UK and other Western allies.

'Londongrad' under the microscope


So-called "Londongrad" has come under renewed attention as a primary destination for politically sensitive Russian businessmen and their capital.

Last week, the US warned that the UK's acceptance of what it called Russian "dirty money" threatened the effectiveness of any sanctions regime Washington will seek to impose to deter and potentially punish Russia.

Washington has been coordinating with allies should Moscow follow through on its military build-up on Ukraine's borders and invade and occupy parts of that country beyond Crimea and the eastern region known as the Donbas.

Truss did say it was "very unlikely" British troops would be involved should there be a fight for Ukraine.

"This is about making sure that the Ukrainian forces have all the support we can give them," Truss said.

Russia: Its security concerns are defensive, unlike NATO


Russian Foreign Minister Sergei Lavrov also reiterated his position that NATO cannot claim to be defensive with foreign interventions such as the ones that occurred in Afghanistan, Libya and the former Yugoslavia under its belt.

"When the Cold War was going on and the Berlin Wall existed, it was clear what territory to defend," he said.

He added that requests are being sent to NATO and the Organization for Security and Cooperation in Europe (OSCE). Russia's requests are a follow up to ultimatums against NATO expansion and force posture in NATO member states previously issued by Russia.

Russia has sent over 100,000 troops to Ukraine's borders and in recent days moved blood supplies closer to what could evolve into a front line.

What has the US offered to quell tensions?


The US and NATO rejected Russia's demands but US Ambassador to Moscow John Sullivan has said the US offered to reduce military exercises and missile numbers in Europe. Lavrov previously derided both the US and NATO's responses, but he conceded that the US proposals offered "grains of rationality" on secondary issues.

Former US Ambassador to Russia Michael McFaul wrote on Twitter, "For the Russian Foreign Minster (with whom I interacted with for five years back in the day), that's as (complimentary) as he gets!"