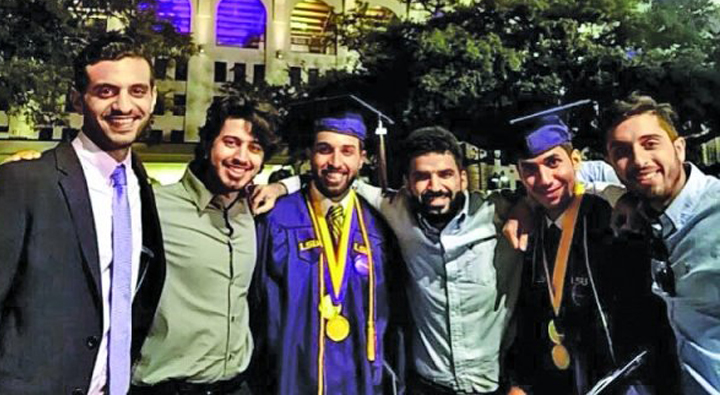 Muscat: An Omani petroleum engineering graduate, who scored the highest GPA (grade point average) in the history of the Louisiana State University (LSU), said he “is disappointed” for not having received any job offers from the Sultanate yet.
On the other hand, Ahmed Habeeb Al Lawati, 23, has already received three verbal job offers in the United States.
According to Al Lawati, no student has scored a GPA above 4.0 at LSU. Al Lawati graduated last May with a GPA of 4.048.
The honours student is a resident of Muscat and he first broke the news of his exceptional GPA score to his parents.
“I gift this achievement to my parents and country for providing me with this golden opportunity to study abroad, cultivate my skills and prove myself,” he said.
Asked about the secret behind his success, Al Lawati said paying attention during lectures and taking notes were the main factors that helped him in getting good grades.
“I used to pay a lot of attention during the lecture so I could digest the basics of all the subjects,” he said, adding that studying did not affect his social life.
“I used to hang out with my friends almost every day,” Al Lawati said.
He explained that success is all about good time management and passion.
“I manage my time so accurately that I know a week in advance as to what time I will take my afternoon nap,” Al Lawati stated.
Many social media users in Oman hailed the youngster and declared him the “Pride of Oman.”
He was recently interviewed by the National Youth Commission and has replied to questions posed by Twitter users in Oman.
As soon as he returned to the country, Al Lawati tweeted “Back to Oman after a journey of 4 years that was full of beautiful memories. Will truly miss the U.S. but it is time to start another page!”
He revealed that he plans to continue his education abroad in the United Kingdom or the United States.