Many have spoken about Kohli's stepping down as captain, I don't wash dirty linen in public: Shastri 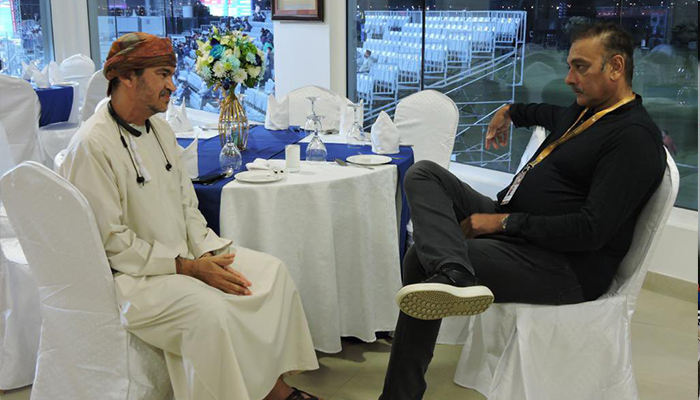 Muscat : Former Team India head coach Ravi Shastri has said that many people have already spoken about Virat Kohli stepping down as Test captain and it is not his duty to get into gossip.

"Many people have already spoken about Virat Kohli and him stepping down as the captain. I do not have the time to get into gossip and get into details. I took a break after seven years in the game, I have been part of the team and I am very clear, that I do not wash dirty linen in public. The day I finished, it will be blank. I will not discuss any of my players on the public platforms, I have been very clear on this," Shastri told ANI in an exclusive interview. Kohli had stepped down as the Test skipper after India suffered a Test series loss against South Africa. India then went on to lose the ODI series 0-3 against the Proteas.

When asked about the series loss, Shastri said: "To be honest, I did not watch the series. I did not even see a single ball. I saw the result as people talk it, but I did not see a single ball."
Talking about the current Team India squad, Shastri said: "How the standard can go down, you have been the number one Test team for five years. Nothing can be done, you cannot win every game. When you have a win ratio of 65 per cent, then what is there to worry about? You have lost one series, then all this talk?

Kohli holds the record for most Test appearances as India Test captain (68) and he also holds the record for most Test wins by an Indian captain (40). Only Graeme Smith, Ricky Ponting, and Steve Waugh have won more matches than Kohli as captain in Test cricket.
Under Shastri's tenure as head coach, India managed to win two Test series in Australia and the side also managed to reach the finals of the World Test Championship (WTC).