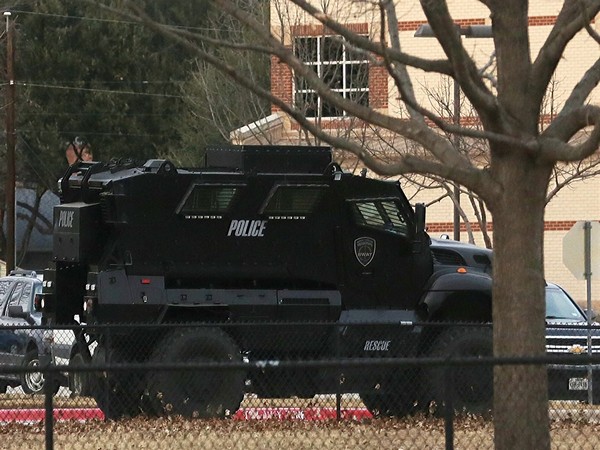 Washington: A 44-year-old British national Malik Faisal Akram, who took four people hostage at a Texas synagogue, that was called an "act of terror" by US President Joe Biden, was killed on Sunday after a tense standoff.

Federal Bureau of Investigation (FBI) identified Akram, who was demanding the release of the Pakistani scientist Aafia Siddiqui, who was convicted of trying to kill US military officers while in custody in Afghanistan

At least four people were taken hostages by a man at a synagogue in the town of Colleyville for more than ten hours on Saturday.

As per the release, the FBI's Evidence Response Team (ERT) will continue processing evidence at the synagogue.

An FBI Shooting Incident Review Team (SIRT) will conduct a thorough, factual, and objective, investigation of the events.

Meanwhile, Biden termed the synagogue hostage-taking incident in the Texan city of Colleyville as an "act of terror."

"This was an act of terror, and not only was he (44-year-old British national Malik Faisal Akram) related to someone who had been arrested I might add 15 years ago and had been in jail for 10 years.

Biden said he had spoken to Attorney General Merrick Garland about the hostage crisis. "Regarding Texas and the synagogue, I spoke this morning with the Attorney General, and we got a rundown. He said there was overwhelming cooperation with the local authorities and FBI, and they did one hell of a job," said the US President.

Biden applauded FBI and local authorities and reiterated that the US has the capacity to deal with such assaults.

"And they did just a great job. I also told him that I wanted to make sure that we got the word out that synagogues and other places of worship are not going to tolerate this. We have the capacity to deal with the assault on particularly," said Biden.

"The Attorney General is focused that we deal with these kinds of acts. And thank God we had such professional FBI as well as local cooperation," added Biden.

He also said that he will talk to the Rabbi who was taken hostage.