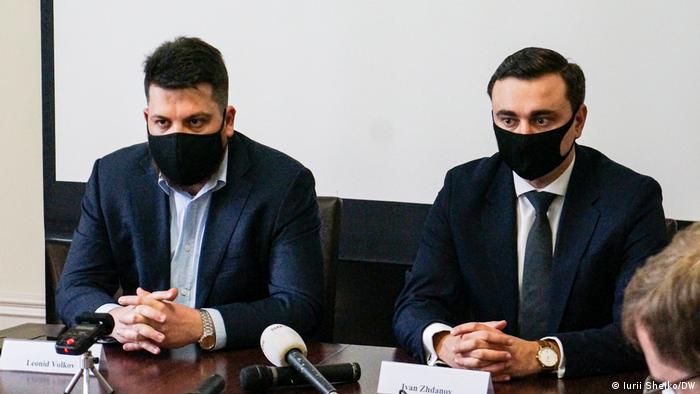 Russian authorities added two allies of jailed Kremlin critic Alexei Navalny to a list of "terrorists and extremists" on Friday, as a crackdown on political opposition continues nearly one year after Navalny was jailed.

The Russian state financial monitoring agency added Leonid Volkov, 41, and Ivan Zhdanov,33, to a list that puts them in a similar category as members of foreign terror groups like the "Islamic State."

On Twitter, Zhdanov wrote that terrorist designations would soon become more common and that he and Volkov were "pioneers for this kind of nonsense."

Zhdanov, a lawyer who led Navalny's Anti-Corruption Foundation, told liberal-leaning Echo of Moscow radio station on Friday that Moscow's terrorism designation would "not affect me and my life in any way."

Russia's crackdown on the opposition


As one of the most popular and outspoken critics of Russian President Vladimir Putin, Navalny was arrested in January 2021 directly after returning to Russia from Germany. He received treatment in Berlin after being poisoned with a nerve agent, which he said was carried out on Putin's behalf.

Navalny has since been sitting in a Siberian prison camp, charged with a parole violation on previous corruption allegations. After his imprisonment, widespread protests broke out in Russia.

Navalny's arrest and alleged torture while in prison have been condemned by countries around the world.

In the aftermath, Moscow cracked down on the opposition, and Moscow banned Navalny's political network, calling it "extremist."

Both Volkov and Zhdanov, along with almost all of Navalny's top allies, have since left Russia.