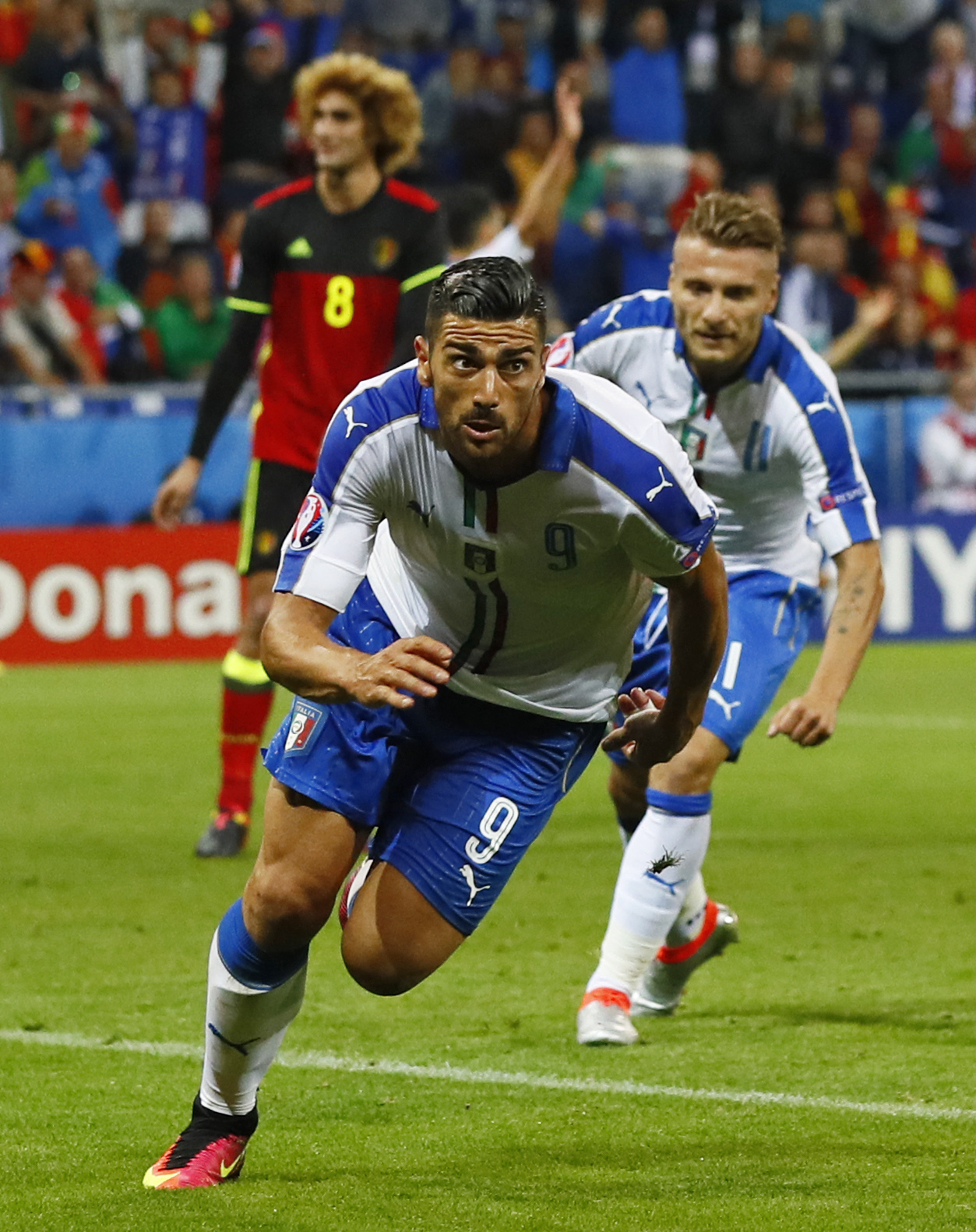 Lyon, France: A superbly executed strategy by coach Antonio Conte gave Italy a richly deserved 2-0 win over Belgium in their Euro 2016 Group E match after Emanuele Giaccherini and Graziano Pelle delivered outstanding goals on Monday.
At their vintage best defensively, and threatening time and again on the counter-attack, Italy extended their unbeaten competitive run against the Belgians to 44 years having last lost to them at the 1972 European Championship.
Monday's win put the Azzurri top of the section, with Sweden and Ireland having earlier shared the spoils in a 1-1 draw, while Belgium, despite having a multi-talented generation of players, have plenty of work to do to reach the last 16.
Conte's bold 3-5-2 formation worked to perfection in the first half, with wing-backs Matteo Darmian and Antonio Candreva proving a handful when on the attack and solid defensively.
Usually deployed on the right behind Candreva, Darmian was pushed further upfield on the left and the switch, plus the duo's tireless running, gave Italy's midfield room to operate.
Seemingly on the back foot as a toothless Belgium had more possession, Italy always looked more likely to score and they took the lead against the run of play after a sublime move.
Centre back Leonardo Bonucci delivered an inch-perfect pass down the middle from the halfway line and livewire Giaccherini side-footed past Courtois after taking the ball in his stride.
Stinging shot
Clearly rattled, the Belgians were lucky not to fall further behind a few minutes later when Pelle headed just wide after a fine save by Courtois who palmed away a stinging Candreva shot.
Both sides raised the tempo after the break and spiced up a cracking atmosphere in Lyon's glittering new stadium with some fast-paced football.
Belgium came out with more purpose and striker Romelu Lukaku missed a gilt-edged chance in the 53rd minute, curling his shot narrowly over the bar past advancing Italy keeper Gianluigi Buffon after good work by Kevin De Bruyne.
Pelle forced a fine one-handed save from Courtois at full stretch barely 30 seconds later at the other end after yet another darting run and cross by Candreva.
With Belgium throwing men forward in the closing stages, Courtois again prevented a second Italian goal when he kept out a rasping shot by substitute Ciro Immobile.
But he was powerless in stoppage time when another sweeping move saw Candreva cross to Pelle who volleyed home emphatically.