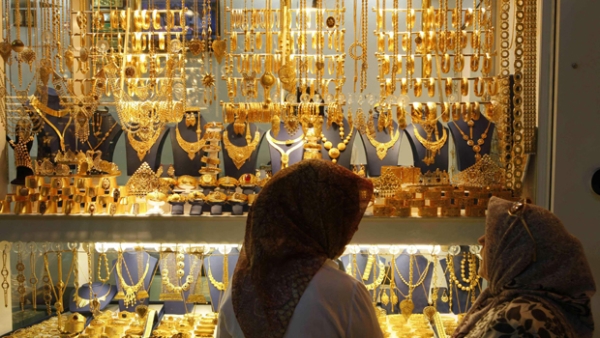 Muscat: Gold sales in the Sultanate have experienced a slight dip since the economic downturn began, according to jewellers.
There has been a marginal drop in sales of jewellery outlets in the Sultanate, compared with previous years, an official from an outlet confirmed.
“There is a small drop in sales, but we are getting normal business during the festive periods and during some promotional time,” Rajesh Govindan of Liali Jewellery told the Times of Oman.
“We are normally focusing on local customers as our outlet has modern ornaments and branded jewellery,” he added.
According to Govindan, demand for gold among the Asian community has fallen slightly.
“Asian expats have developed some sort of fear while spending their money on gold because of issues, such as job losses etc,” he added.
He also said people no longer consider gold as an investment. “People are not thinking of it as an investment metal. Some say it is a dead investment,” Govindan asserted.
Speaking about their customer’s interest in buying gold, he said, “Customers are looking for ornaments nowadays and they are not that interested in buying coins and bars.”
“Some people who go for vacations may choose a couple of bars, but other than that the majority of our customers opt for jewellery,” Govindan said.
According to Anto Ignatious, country manager for jewellery brand Joy Alukkas, the chain is not facing any sales issues, owing to austerity in the economy.
“We are getting normal business at our outlets and we are expecting more sales during Ramadan,” he said.
“As we have a lot of options to suit the needs of our customers we haven’t felt the drop in our sales,” Ignatious asserted.
“People are afraid of the slowdown but that has not affected our sales so far,” he added.
Joy Alukkas currently has a good sale on for jewellery, coins and even in bars, he pointed out.
“We are registering strong sales for ornaments, as well coins and bars,” Ignatious said.
Speaking about their diamond business, he said, “Most customers prefer gold jewellery; people choose diamond ornaments for some occasions so the sales are comparatively less, when compared with gold.”
He also said the gold business always experiences fluctuations.
Another outlet official, who was unwilling to be quoted, said his sales have not been affected at all by the slowdown in the economy as they are mainly focusing on the Arab segment.
“Every year we used to buy gold but this year we have to think twice before buying some because the family expenditure has increased as petrol and food prices have also increased,” a homemaker said.
Jewellery outlets are expecting good sales across the country as Eid Al Fitr approaches in three weeks.